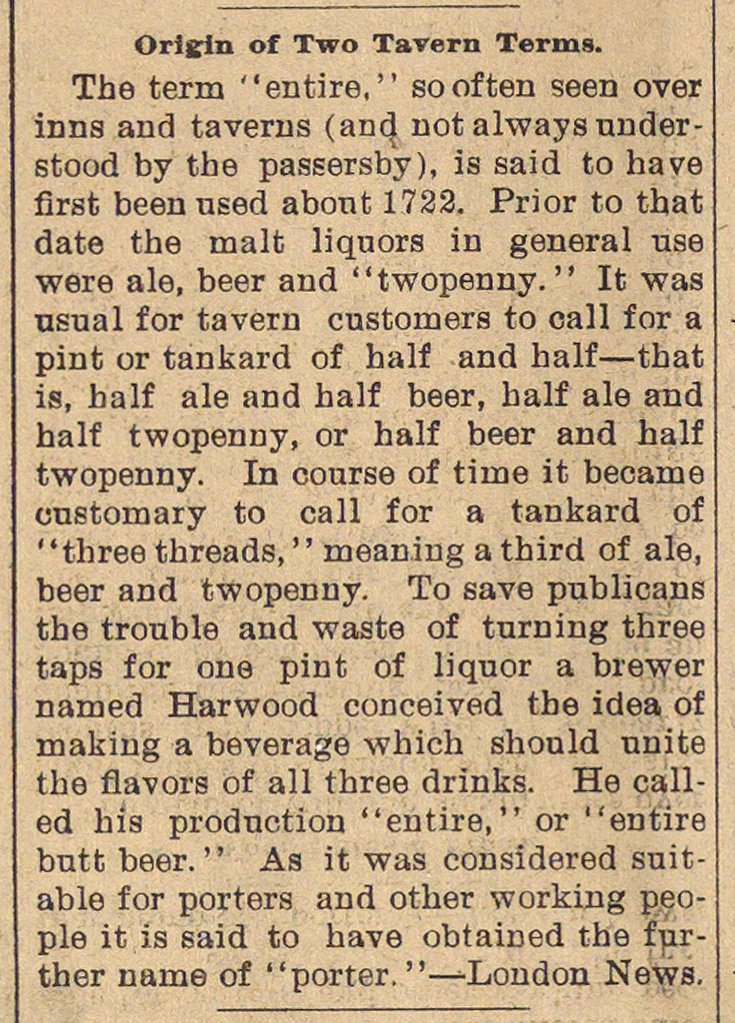 The term "entire," sooften seen over inns and taverus (an( notalwaysunderstood by the passersby), is said to have first beenused about 1722. Prior to that date the malt liquors in general use were ale, beer and "t-wopenny. " It was usual for tavern customers to cali for a pint or tankard of half and half - tbat is, half ale and half beer, half ale and half twopenny, or half beer and half twopenny. In course of time it became oustomary to cali for a tankard of "three threads," meaning a third of ale, beer and twopenny. To save publicans the trouble and waste of turning three taps for one pint of liquor a brewer named Harwood conceived the idea of making a beverage which shonld unite the flavors of all three drinks. He called his production "entire," or "entire bntt beer." As it was considered suitable for porters and other workiiig people it is said to have obtained the ther name oí "porter. '