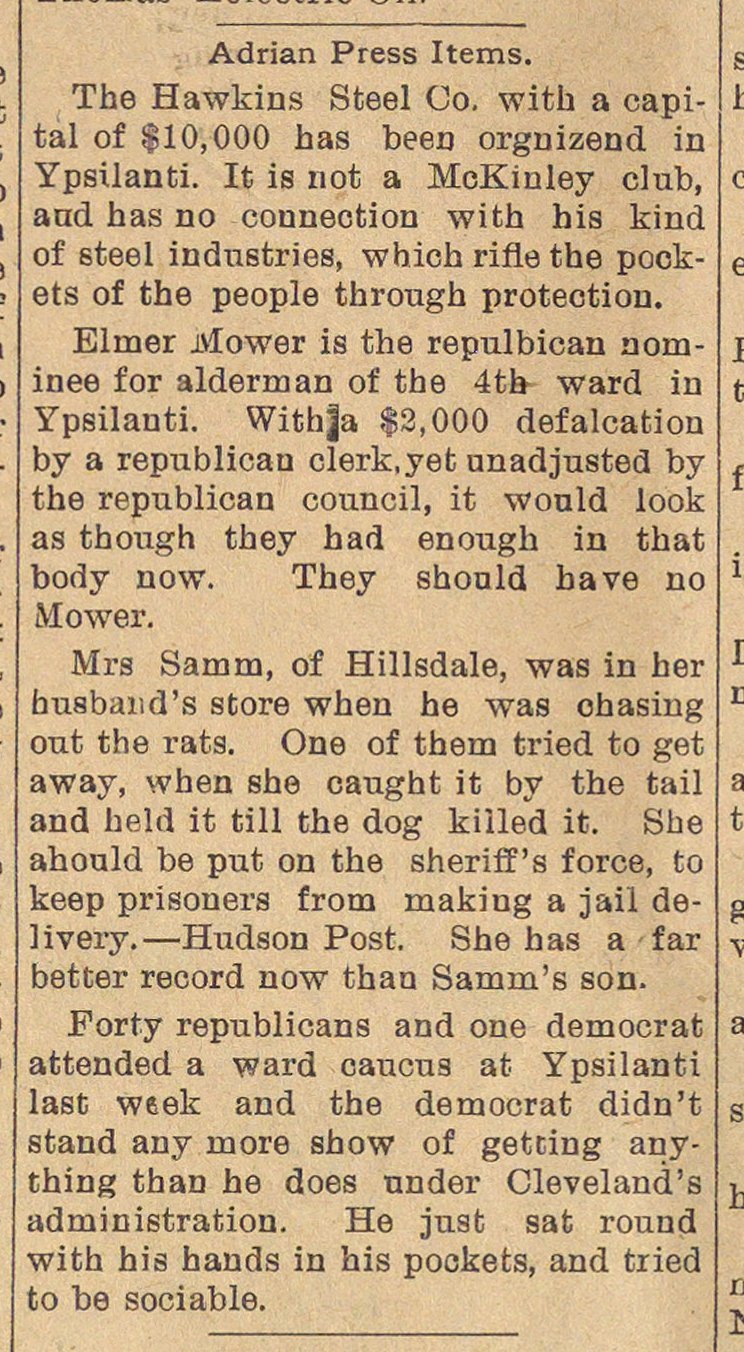 The Hawkins Steel Co. with a capital of $10,000 has been orgnizend in Ypsilanti. It is not a McKinley club, and has no connection with bis kind of steel industries, which rifle the pockets of the people through protection. Elrner Mower is the repulbican nominee for alderman of the 4tb ward in Ypsilanti. Withja $2,000 defalcation by a republicau clerk.yet unadjusted by the republican council, it would look as though they had enough in that body now. They should bave no Mower. Mrs Sanara, of Hillsdale, was in her husband's store when he was ohasing out the rats. One of them tried to get away, wben she caught it by the tail and held it till the dog killed it. She ahould be put on the sheriff's force, to keep prisoners from making a jail delivery. - Hudson Post. She has afar better record now than Samm's son. Forty republicana and one democrat attended a ward caucus at Ypsilanti last week and the democrat didn't stand any more show of getcing anything than he does nnder Cleveland's administration. He just sat round with his hands in his pockets, and tried to be sociable.