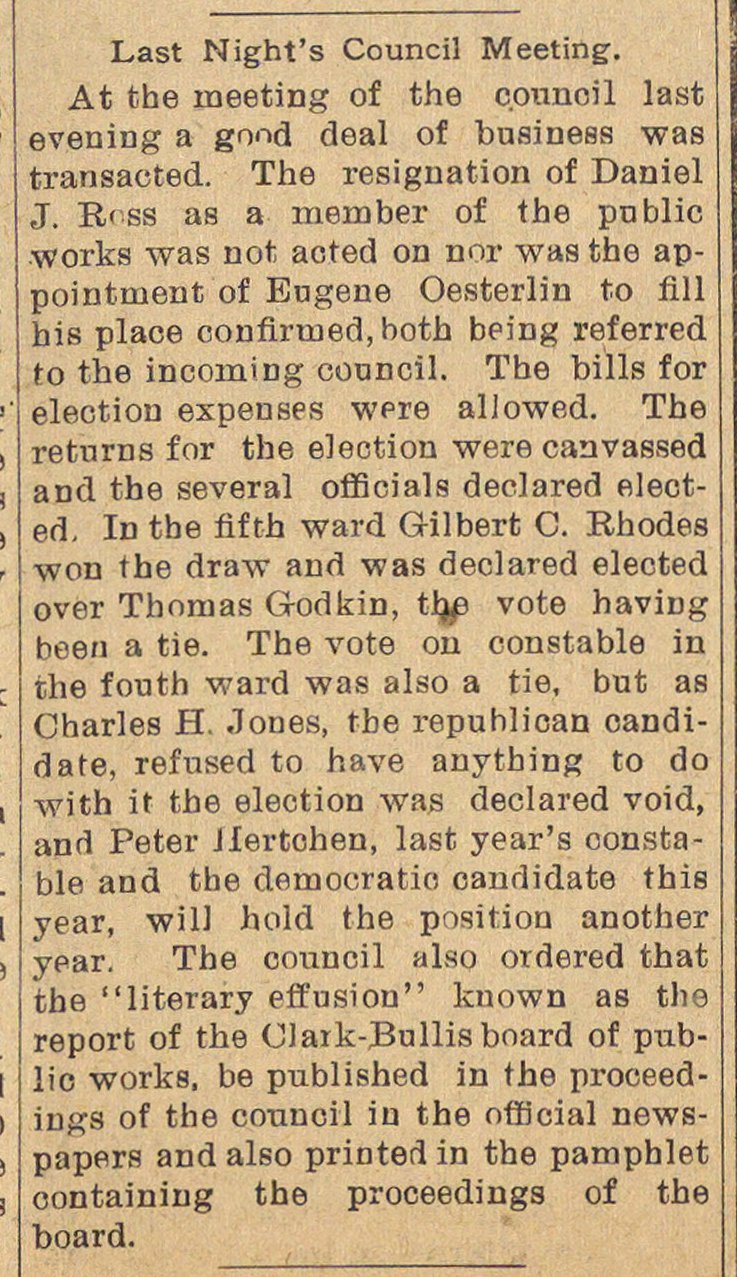 At the meeting of the cpvmoil last evening a gnnd deal of business was transacted. The resignation of Daniel J. R( ss as a member of the public .works was not acted on nor was the appointnient of Eugene Oesterlin to fill bis place oonfirtued.both being referred to the incomiDg eonncil. The bilis for eleotion expenses wpre allowed. The returns for the election were canvassed and the severa] officials declared elected. In tbe fifth ward Gilbert C. Rhodes won the draw and was declared elected over Thomas Godkin, tljp vote having been a tie. The vote on constable in the fouth ward was also a tie, but as Charles H. Jones, tbe repuhlioan oandidate, refused to have anything to do with it the election was declared void, and Peter Jlertohen, last year's constable and the democratie candidate this year, wil) hold the position another year. The covmeil also ordered that the "literary effusion" kuown as the report of the Olark-Ï3ullis board of public works, be published in the proceedings of the coTiucil in the official newspapers and also prioted in the pamphlet containing the proceedings of the board.