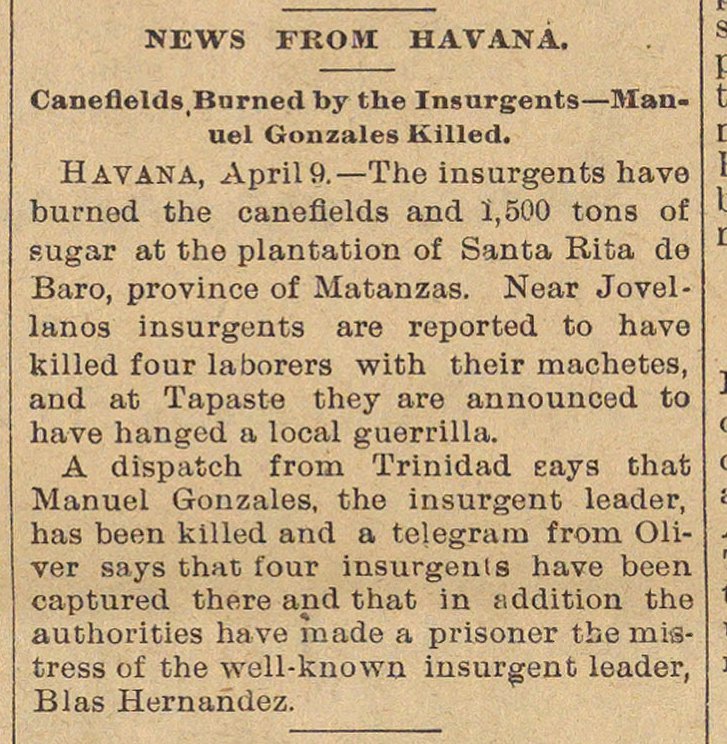 Havana, April 9. - The insurgen ts havo burned the caneflelds and 1,500 tona of sugar at the plantation of Santa Rita da Baro, province of Matanzas. Near Jovellanos insurgents are reported to have killed four laborers with their machetes, and at Tapaste they are announced to have hanged a local guerrilla. A dispatch froin Trinidad eays that Manuel Gonzales, the insurgent leader, has been killed and a telegram from Oliver says that four insurgenls have been captured there and that in iddition the authorities have made a prisoner tbe mistress of the well-known insurgent leader, Blas Hernández.