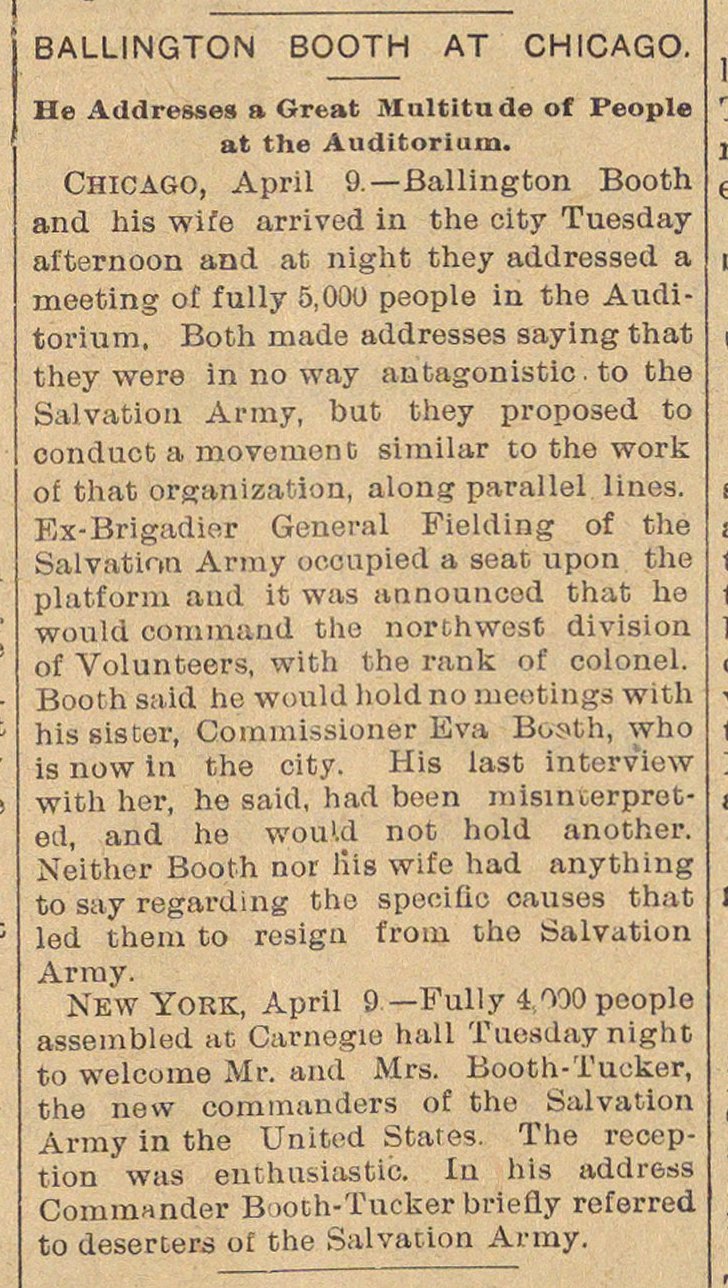 Chicago, April 9. - Ballington Booth and his wife arrived in the city Tuesday afternoon and at night they addressed a meeting of fully 5,00ü people in the Auditorium, Both made addresses saying that they were in no way antagonistic. to the Salvatiou Army, but they proposed to oonduct a movement similar to the work of that organization, along parallel linos. Ex-Brigadier General Fielding of the Salvation Ariny oocupied a seat upon the platform and it was aunouncod that he would command the northwest división of Volunteers, wlth the rank of colonel. Booth said he would liold no meetings with his sister, CoininUsioner Eva BoíiUi, who is now In the city. His last interview with her, he said, had been misinterproted, and he wou'.d not hold another. Neithor Booth nor liis wife had anything to say regarding the speoiüe causes that led them to resign from the Salvation Army. New YORK, April 9 - Fully 4,000 poople assembled at Cirnegio hall Tuesday night to welcome Mr. and Mrs. Booth-Tucker, the new commandcrs of the Salvation Army in the United States. The reception was enthusiastic. In his address Commander Booch-Tucker briefly referred to deseners oL the Salvación Army.