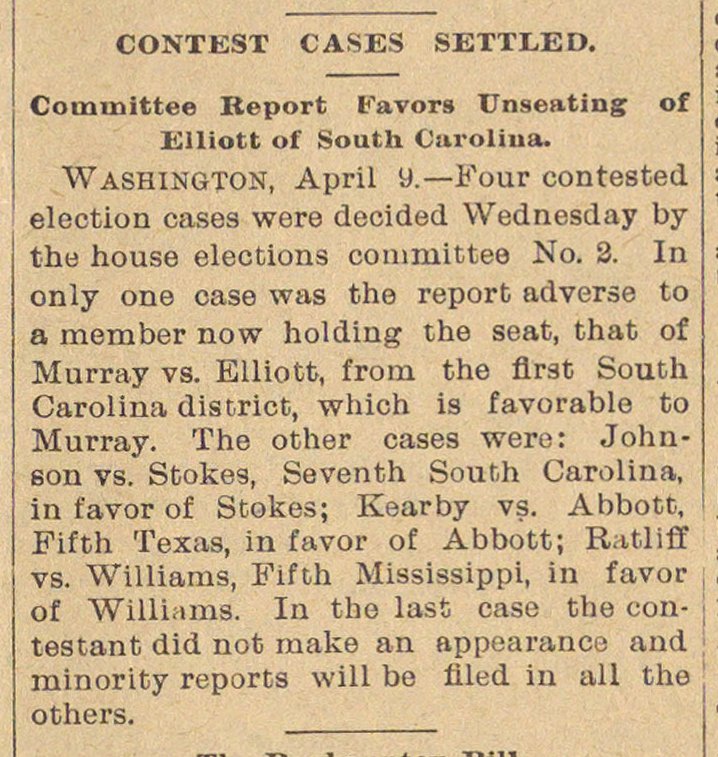 Washington, April y.- Four contested election cases were deoided Wednesday by the house electkms coniniittee No. 2. ín only one oase was the report adverse to a member now holding the seat, that of Murray vs. EUiott, from the flrst South Carolina district, which is favorable to Murray. The other cases were: Johnson vs. Stokes, Seventh South Carolina, in favor of Stokes; Kearby vs. Abbott, Fifth Texas, in favor of Abbott; Ratllft vs. Williams, Fifth Mississippi, in favor of Williams. In tho last case the contestant did not make an appearance and minority reports will be íiled in all tho others.