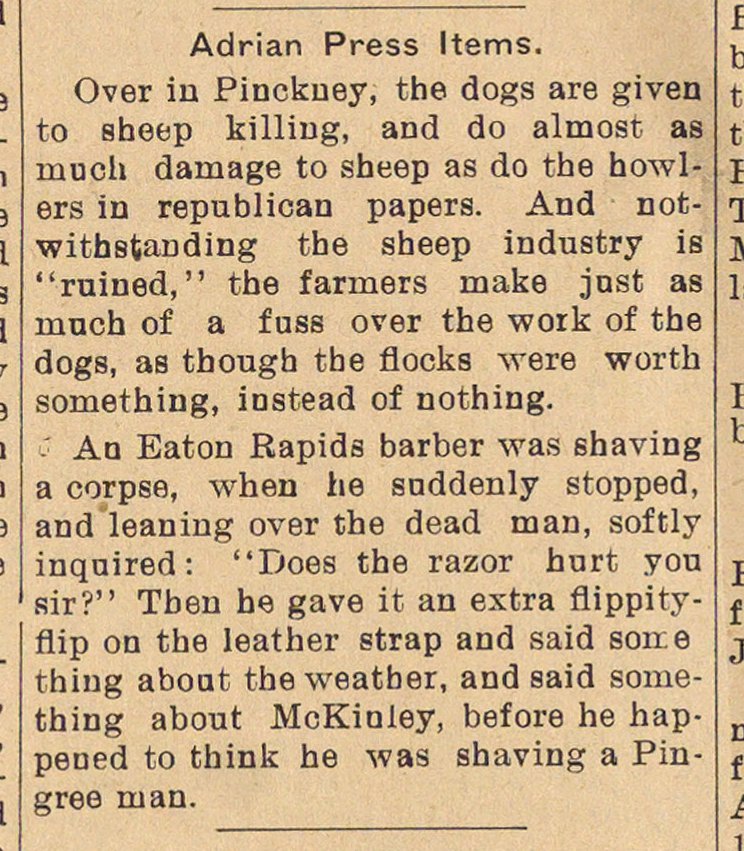 Over iu Pinckney, the dogs are given to sbeep killiug, and do almost as rauch damage to sheep as do the howlers in republican papers. And notwitbstauding the sheep industry is "ruined, " the farmers make jnst as mnch of a fuss over the vcork of the dogs, as though the flocks were worth something, instead of nothing. '■ Ao Eaton Rapids barber was shaving a corpse, when he snddenly stopped, and leaning over the dead man, softly inqnired: "Does the razor hurt yon sir?" Tben be gave it an extra flippityflip on the leather strap and said son: e thing aboat theweatber, and said something about McKinley, before he happeoed to think he was shaving a Pingree man.