It An Old, Old Story 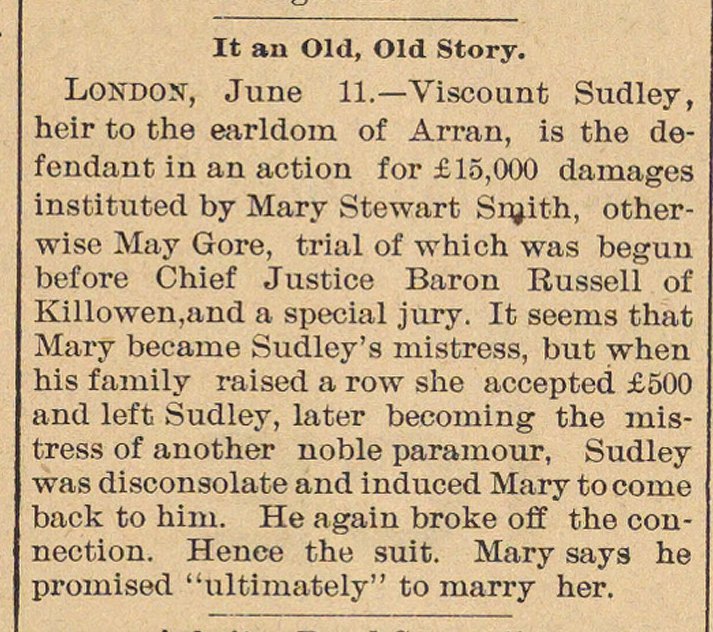 London, June 11.- Viscount Sudley, heir to the earldom of Arran, is the defeudaut in an action for L15,000 damages instituted by Mary Stewart Smith, otherwisc May Gore, trial of which was begun before Chief Justice Baron Russell of Killowen.and a special jury. It seems that Mary became Sudley's mistress, but when his family raised a row she accepted L500 and left Sudley, later becoming the mistress of another noble paramour, Sudley was disoonsolate and induced Mary to come back to him. He again broke off the counection. Henee the suit. Mary says he promised "ultimately" to marry her.