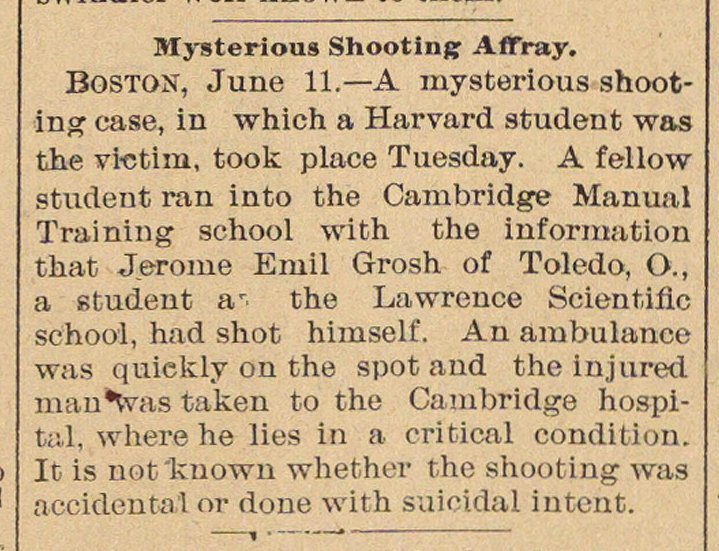 Boston, June 11.- A mysterious shooting case, in which a Harvard student was the vi-ctim, took place Tuesday. A fellow student ran into the Cambridge Manual Training school with the informiition that Jerome Emil Grosh of Toledo, O., a student '■ the Lawrence Scientific school, had shot himself. An ambulance was quickly on the spot and theinjured m;mVas taken to the Cambridge hospital, here he lies in a critical oónditlon. It is not 'known whether the shooting was accidental or done with suicidal intent.