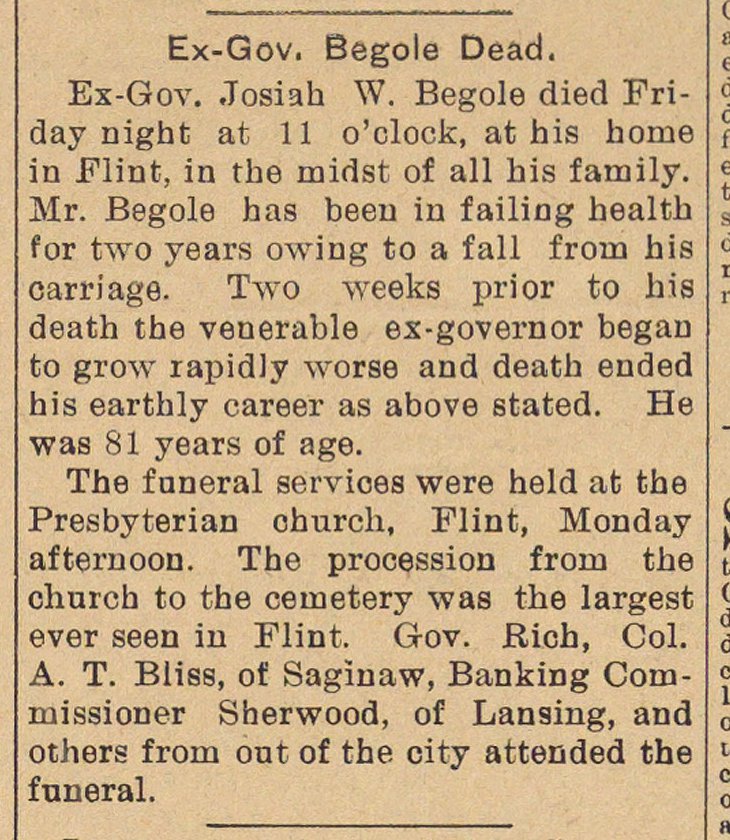 Ex-Gov. .Tosiah W. Begole died Friday night at 11 o'clock, at his home in Flint, in the midst of all his family. Mr. Begole has been in failing health for two years owing to a fall from his carriage. Two weeks prior to his death the venerable es-governor began to grow rapidly worse and death ended his earthly career as above stated. He was 81 years oí age. The funeral servioes were held at the Presbyterian ohurch, Flint, Monday afternoon. The procession froru the church to the cemetery was the largest ever seen in Flint. Gov. Eich, Col. A. T. B1ÍS8, ot Saginaw, Banking Commissioner Sherwood, of Lansing, and others from ont of the city attended the funeral.