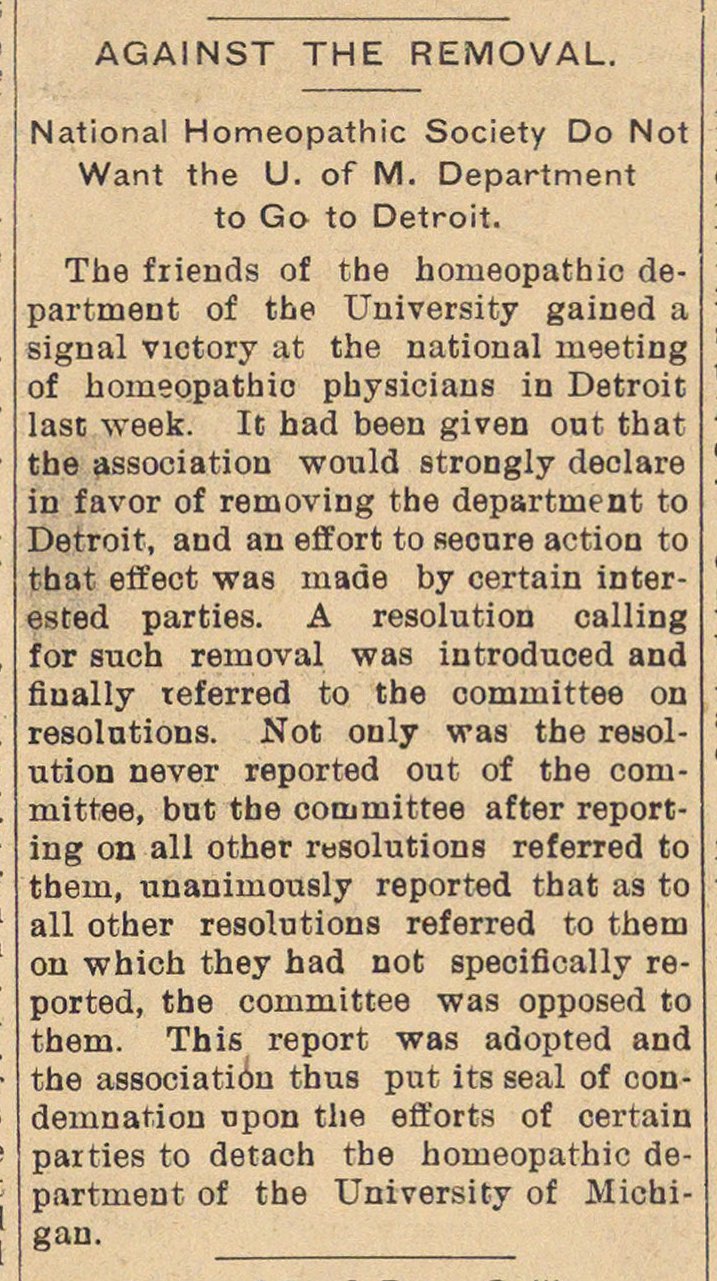 The fiiends of the homeopathie department of the University gained a signal victory at the national meeting of homeopathie physicians in Detroit last week. It had been given out that the associatiou would strongly declare in favor of removing the department to Detroit, and an effort to secure action to that effect was made by certain interested parties. A resolution calling for such removal was introduced and fiually teferred to the oommittee on resolutions. Not only was the resolution never reported out of the committee, but the cotumittee after reporting on all other resolutions referred to them, unaniniously reported that as to all other resolutions referred to them on which they had not speciflcally reported, the committee was opposed to them. This report was adopted and the associatiou tbus put its seal of condemnation opon the eft'orts of certain parties to detach the homeopathie depnrtinent of the University of Michigan.