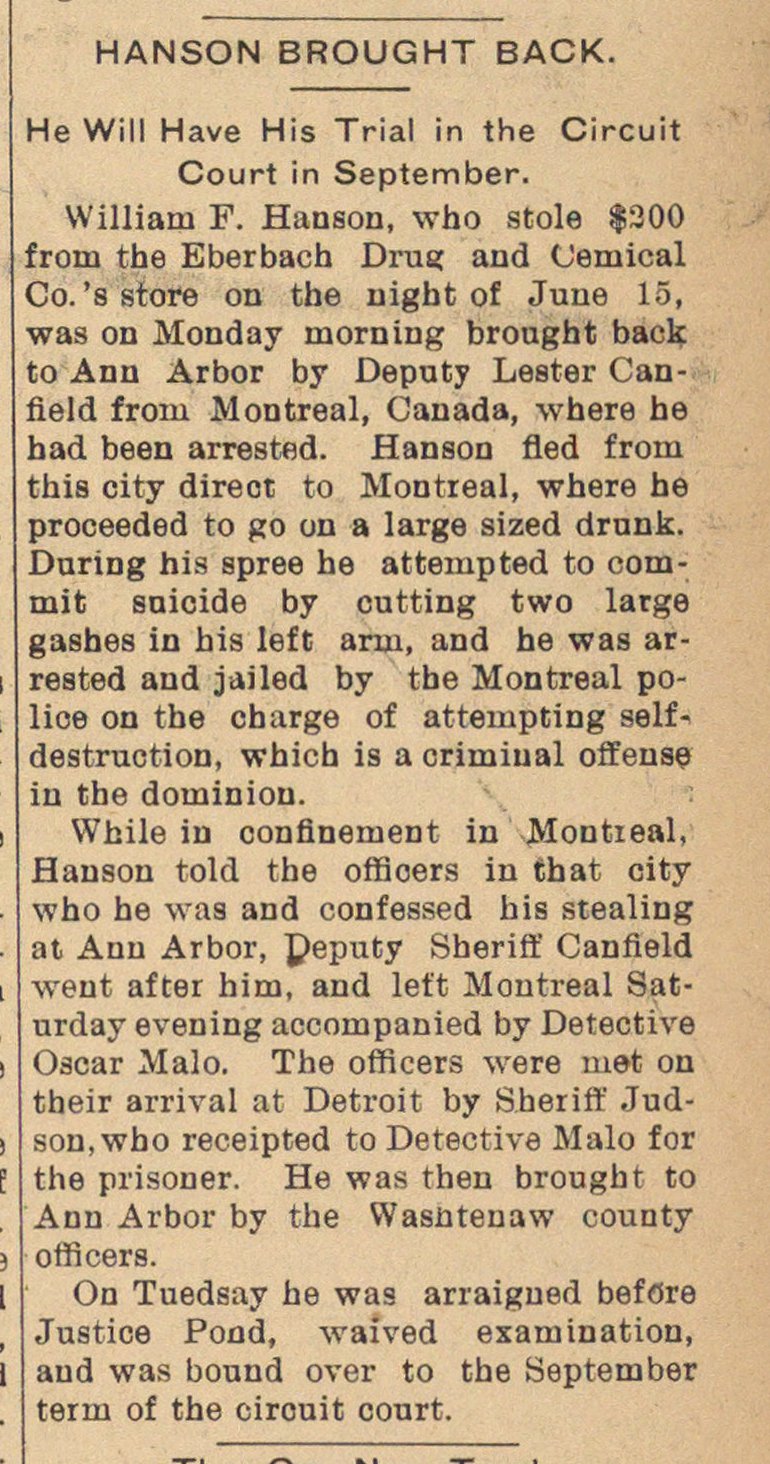 VVilliam F. Hanson, who stole $200 'rora the Bberbach Drus: and Ceniical Co. 's store on the uigbt of Juue 15, was on Monday morning brought back to Ann Arbor by Deputy Lester Canfleld froiu Montreal, Canada, where he bad been arrested. Hanson fled from this city direct to Montreal, where he proceeded to go on a large sized drnnk. Daring nis spree he attempted to commit suicide by cutting two large gashes in bis left arm, and he was arrested and jailed by the Montreal police on the charge of atterupting selfdestruction, which is a criminal offense in the dominion. While in confinement in Montieal, Hanson told the offioers in that city who he was and confessed bis stealing at Ann Arbor, peputy Sheriff Canfleld went after him, and left Montreal Saturday evening accompanied by Detective Oscar Malo. The officers were met on their arrival at Detroit by Sheriff Judson,who receipted to Detective Malo for the prisoner. He was then brought to Ann Arbor by the Wasntenaw county officers. On Tuedsay he was arraigued beföre Justice Pond, waived examination, and was bound over to the September term of the cirouit conrt.