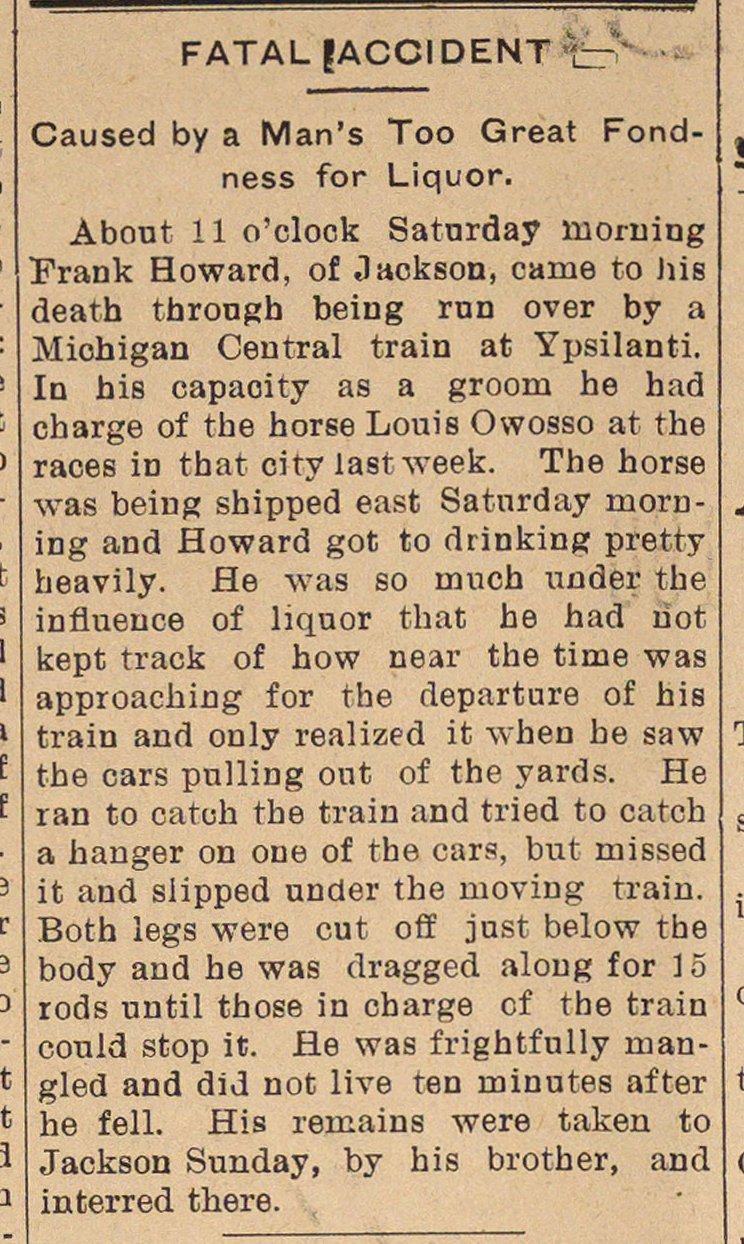 About 11 o'clook Satnrday morning Frank Howard, of Jaokson, came to his death through being rnn over by a Michigan Central train at Ypsilanti. In bis capaoity as a groom he had charge of the horse Louis Owosso at the races in tbat city last -week. The horse was being shipped east Satnrday rnoruing and Howard got to drinking pretty heavily. He was so rnuch under the influence of liquor that he had üot kept track of how near the time was approaching for the departure of his train and only realized it when he saw the cars puiling out of the yards. He ran to catuh the train and tried to catch a hanger on one of the cars, but missed it and siipped under the raoving train. Both legs were cut off just below the body and he was dragged along for 15 rods until those in charge cf the train conld stop it. He was frightfully mangled and did not live ten minutes after he feil. His rercains were taken to Jackson Sunday, by his brother, and interred there.