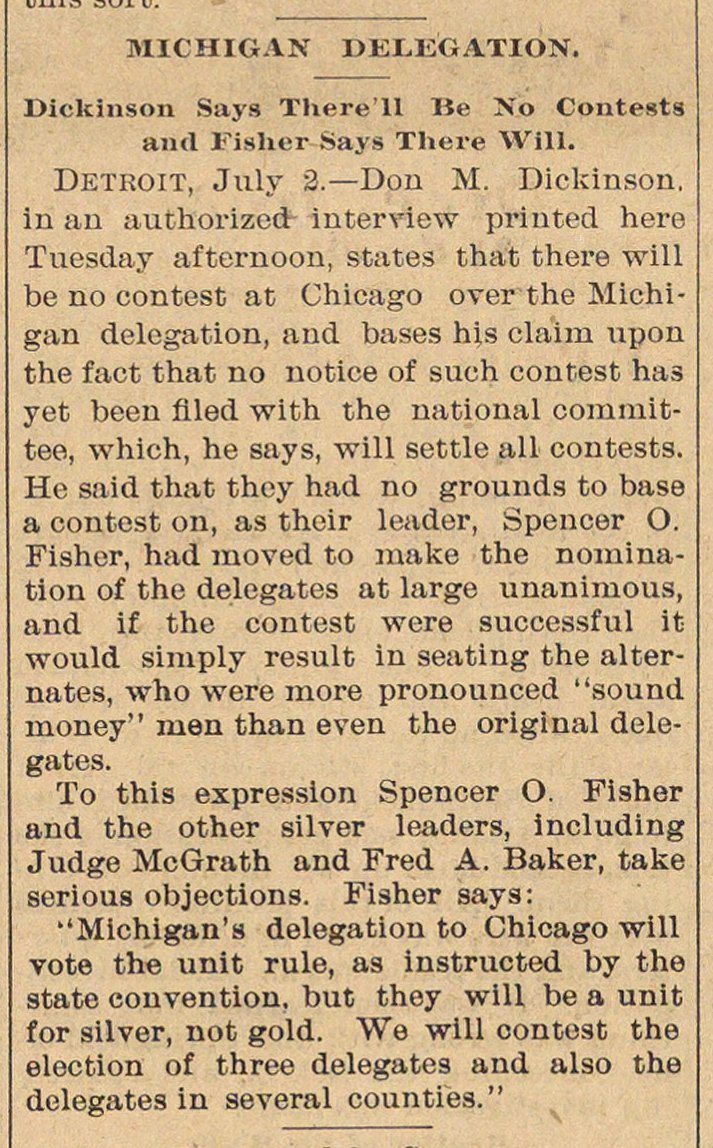 Detroit, July 2. - Don M. Dickinson. in an authorizcd interview printed here Tuesday afternoon, states that there will be no contest at Chicago over the Michigan delegation, and bases his claim upon the fact that no notice of such contest has yet been filed with the national committee, which, he says, wlll settle all contests. He said that thoy had no grounds to base a contest on, as their leader, Spencer O. Fisher, had moved to make the nomination of the delégales at large unaninious, and if the contest were successful it would simply result in seating the alternates, who were more pronounced "sound money" men thun even the original delegates. To this expression Spencer O. Fisher and the other silver leaders, including Judge McGrath and Fred A. Baker, take serious objections. Fisher says: "Michigan's delegation to Chicago will vote the unit rule, as instructed by the state eonvention, but they will be a unit for silver, not gold. We will contost the election of three delegates and also the delegates in several counties."