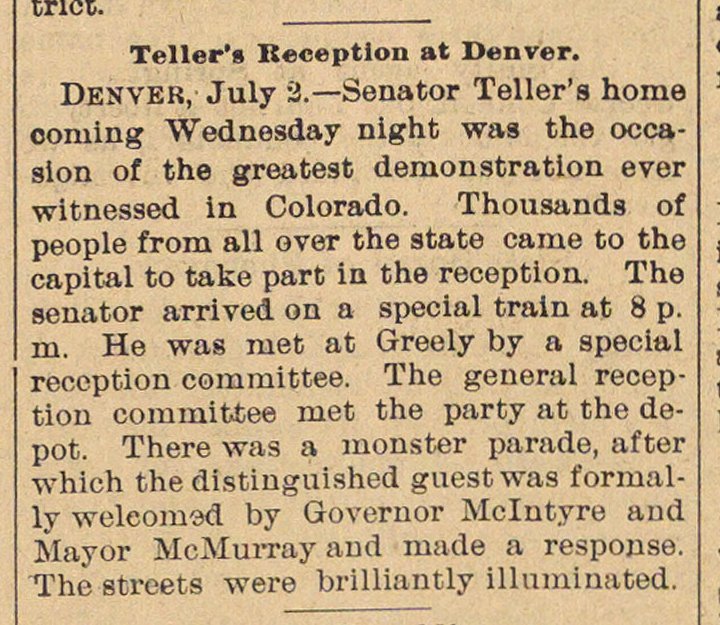 Denver, July 2.- Senator Teller's home ooming Wednesday night was the occasion of the greatest demonstration ever witnessed in Colorado. Thousands of people from all over the state carne to the capitel to take part in the reception. The senator arrived on a special train at 8 p. m. He was met at Greely by a special reception committee. The general reception committee niet the party at the depot. There was a monster parade, after whieh the distinguished guestwas formally weleomad by Governor Mclntyre and Mayor McMurray and made a response. The streets were brllliantly illuminated.