Faints After Being Robbed 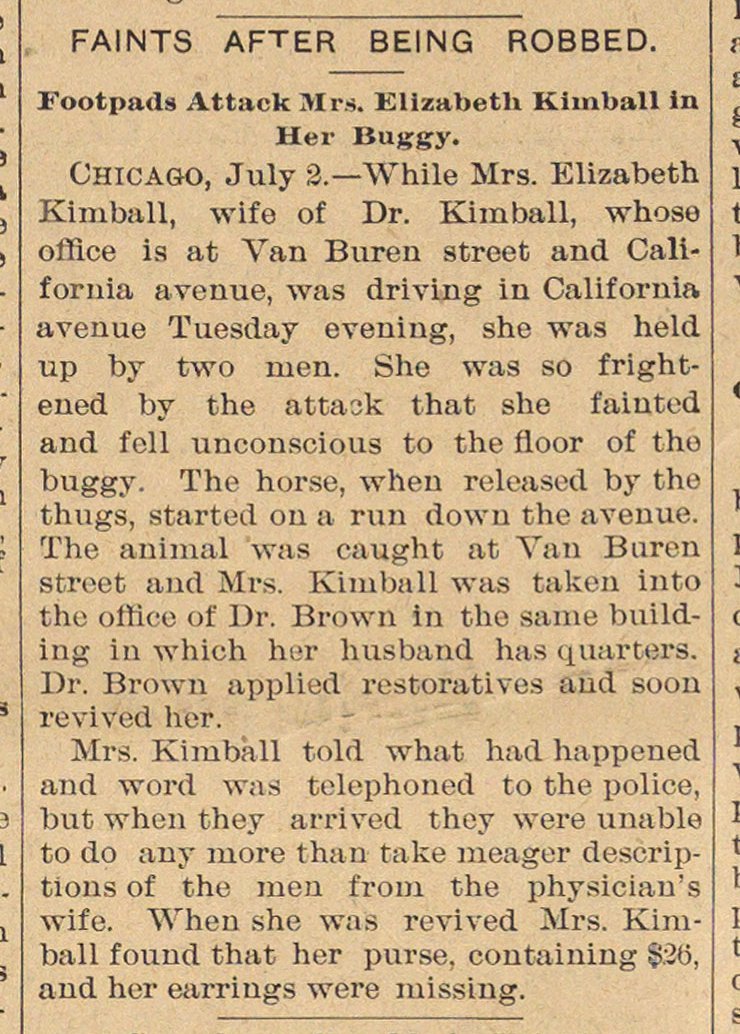 Chicago, July 3.- Whüe Mrs. Elizabeth Klmball, wife of Dr. Kimball, whose office is at Van Buren street and California avenue, was driving in California avenue Tuesday evening, she was held up by two men. She was so frightened by the attask that she faiuted and fell unconscious to the floor of thü buggy. The horse, when released by the thugs, Btarted on a run down the avenue. The animal was caught at Van Buren Street and Mrs. Kimball was taken into the ofliee of Dr. Brown in the sanie building in which her husband has quartjírs. Dr. Brown applied restoratives and soon revivfed her. Mrs. Kimball told what had happened and word was telephoned to the pólice, but when they arrived they were unabla to do any more than take meager descriptions of the men froni the physiciau's wife. When she was revived Mrs. Kimball found that her purse, containing $2ü, and her earrings were missing.