Berry-pickers Run Down By A Train 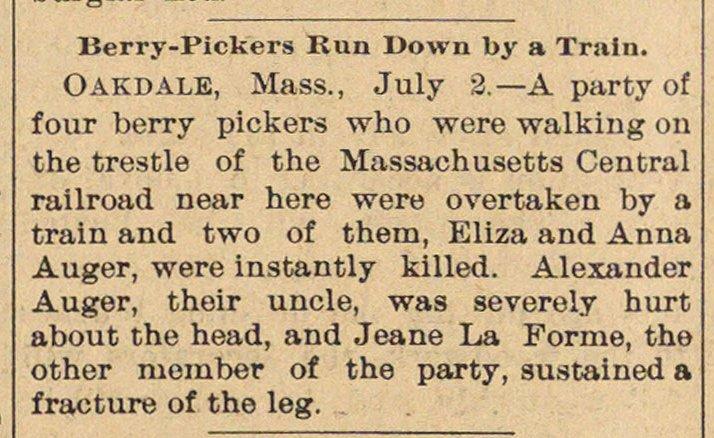 ÜAKDALE, Mass., July 3. - A party of four berry pickers who were walking on the trestle of the Massachusetts Central railroad near here were overtaken by a train and two of them, Kliza and Anna Auger, were instantly killed. Alexander Auger, their uncle, was severely hurt about the head, and Jeane La Forme, the other momber of the party, sustained a fracture of the leg.