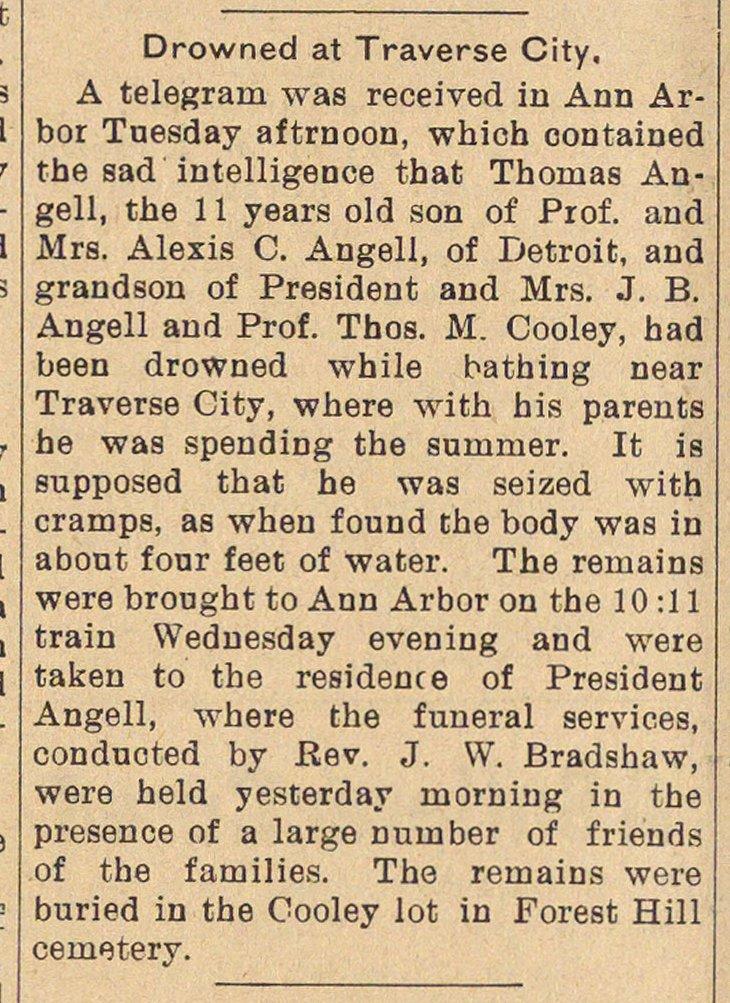 A telegram was received in Ann Arbor Tuesday aftrnoon, which oontained the sad intelligence that Thomas Angell, the 1 1 years oíd son of Prof. and Mrs. Alexis C. Angelí, of Detroit, and grandson of President and Mrs. J. B. Angelí and Prof. Thos. M. Cooley, had been drowned while bathing near Traverse City, where with his parents he was spending the summer. It is supposed that he was seized with cramps, as when found the body was in abont fonr feet of water. The remains were brought to Ann Arbor on the 10:11 train Wednesday evening and were taken to the residence of President Angelí, where the funeral services, conducted by Rev. J. W. Bradshaw, were held yesterday rnorning in the presence of a large nuinber of friends of the families. The remains were buried in the Cooley lot in Forest Hill cemetery.