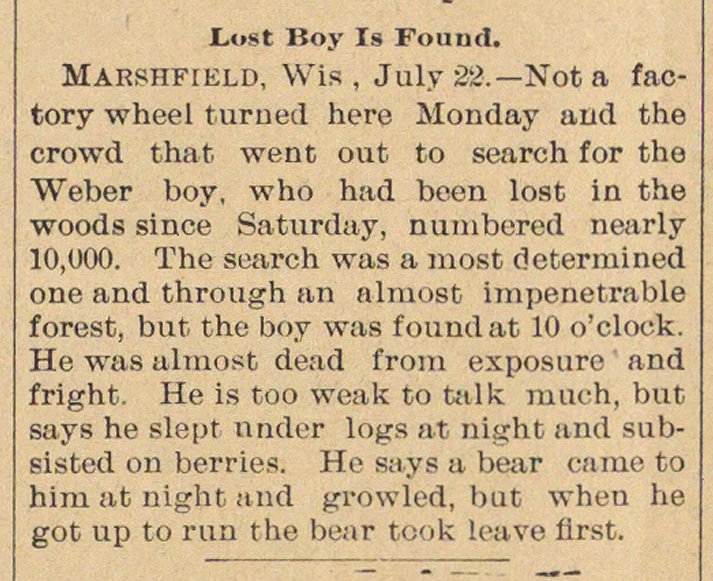 Marshfikld, Wis , July SS.- Not a factory wheel turned here Monday and the crowd that went out to seareh for the Weber boy, who had boen lost in the woods since Saturday, numbered nearly 10,1100. ïhe search was a most determined one and through an almoBt impenetrable forest, but the boy was foundat 10 o'clock. He was almost dead froin exposure and fright. He is too weak to talk mach, but says he slept nnder logs at night and subsisted on berries. He says a bear carne to him at night and growled, but wheu he got up to run the bear took lcave flrst.