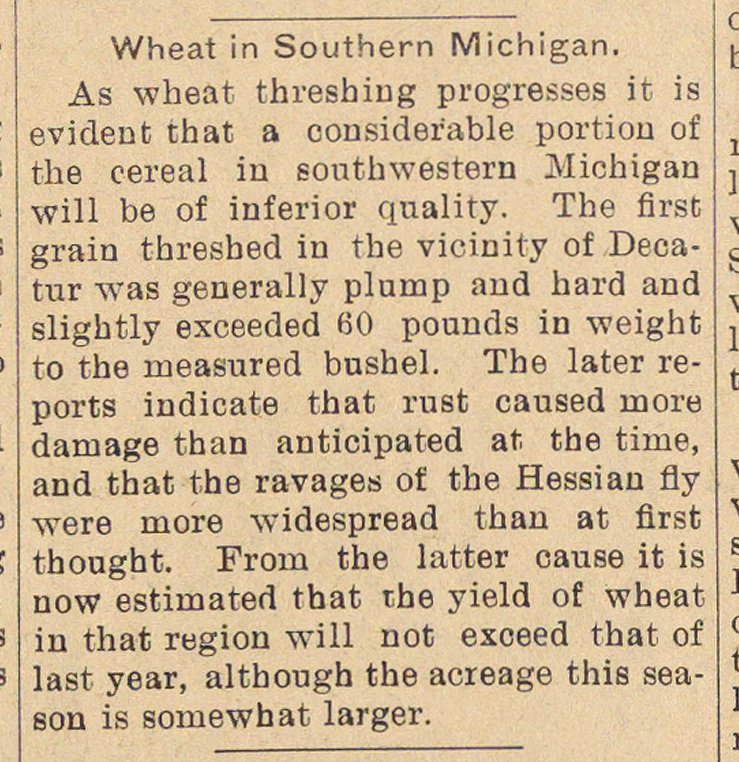 As wheat thresbmg progresses ít ís evideut that a considerable portion of the cereal iu sonthwestern Miobigán will be of inferior quality. The first grain threshed in the vicinity of Decatur was generally plump and hard and slightly exceeded 60 pounds in weight to the measured bushel. The later reports indícate that rust caused mora damage than anticipated at the time, and that the ravages of the Hessian fly were more videspread than at first thonght. From the latter cause it is now estirnated that the yield of wheat in that región will not exceed that of last year, altbough the acreage this season is some-what larger.