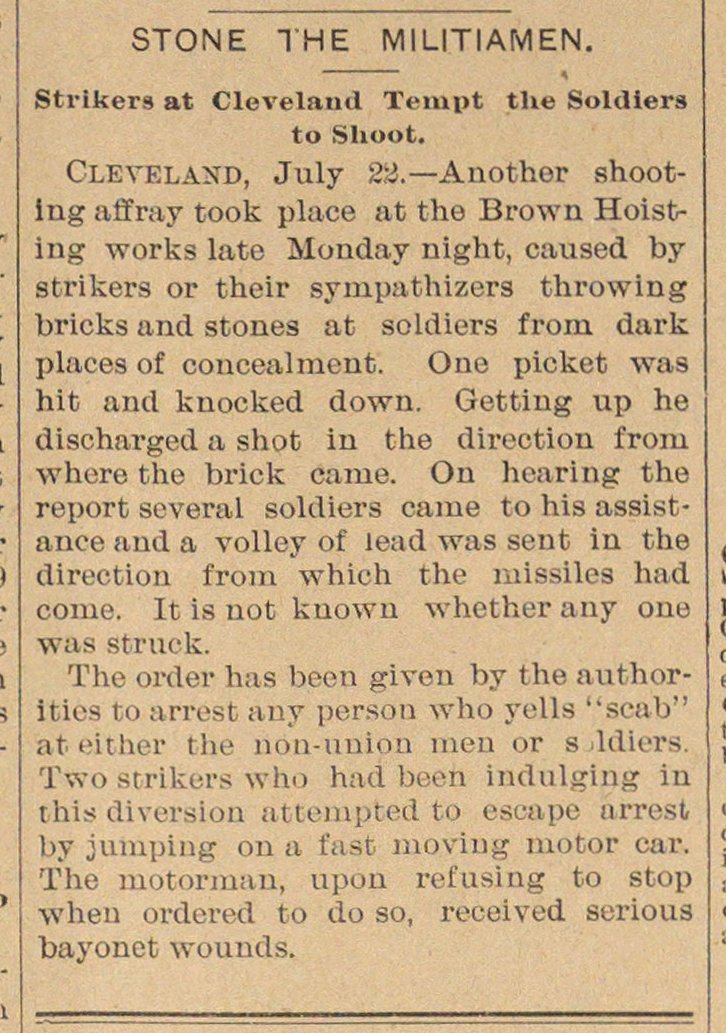 Cleveland, July 2a.- Another shootlng affray took place at the Brown Hoisfring works lato Monday night, caused by strikers or their sympathizers throwing bricks and stones at soldiers froni dark places of oonceal ment. One picket was hit and knocked down. Getting up he discharged a shot in the direction froiu where the brick carne. On hearing the report several soldiers carne to his assistance and a volley of iead was sent in the direction from which the missilea had come. It is not known whether any one was strook. The order has been given by the authorities to arrest any persim who yells "scaV ateither the üón-unlpn men or sjldlers. Two strlkers who had boon indulging in this diversion attempted to escape arrest by jumping on a fast moving motor car. The motorman, upon refusing to stop when ordered to do so, received serious bayonct wounds.