He Was Not At Gettysburg 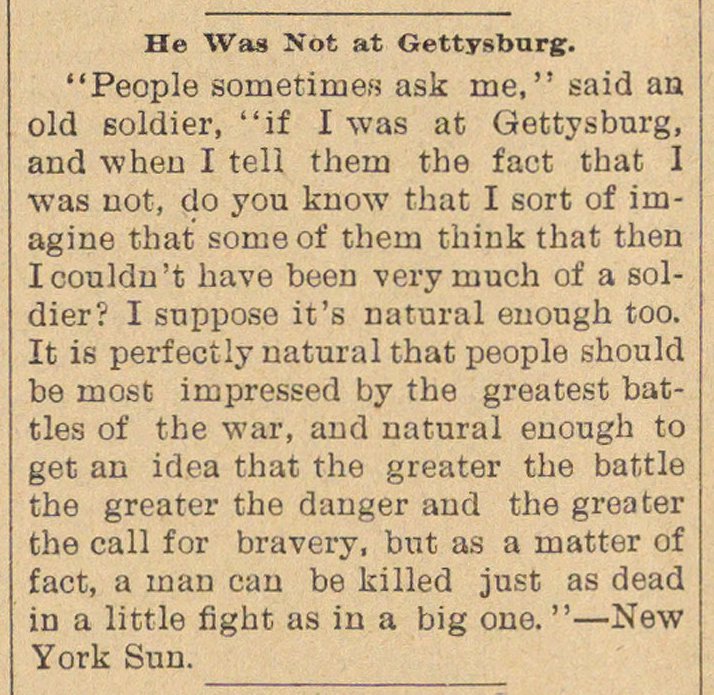 "People sometimefi ask me," said aa old soldier, "if I was at Gettysburg, and when I teil thein the fact that 1 was uot, do you know that I sort of imagine that someof them think that then Icouldn't have been very much oí' a soldier? I suppose it's natural enough too. It is perfect y natural that people should be most impressed by the greatest battles of the war, aud natural enough to get an idea that the greater the battle the greater the danger and the greater the cali for bravery, but as a matter of fact, a man can be killed just as dead