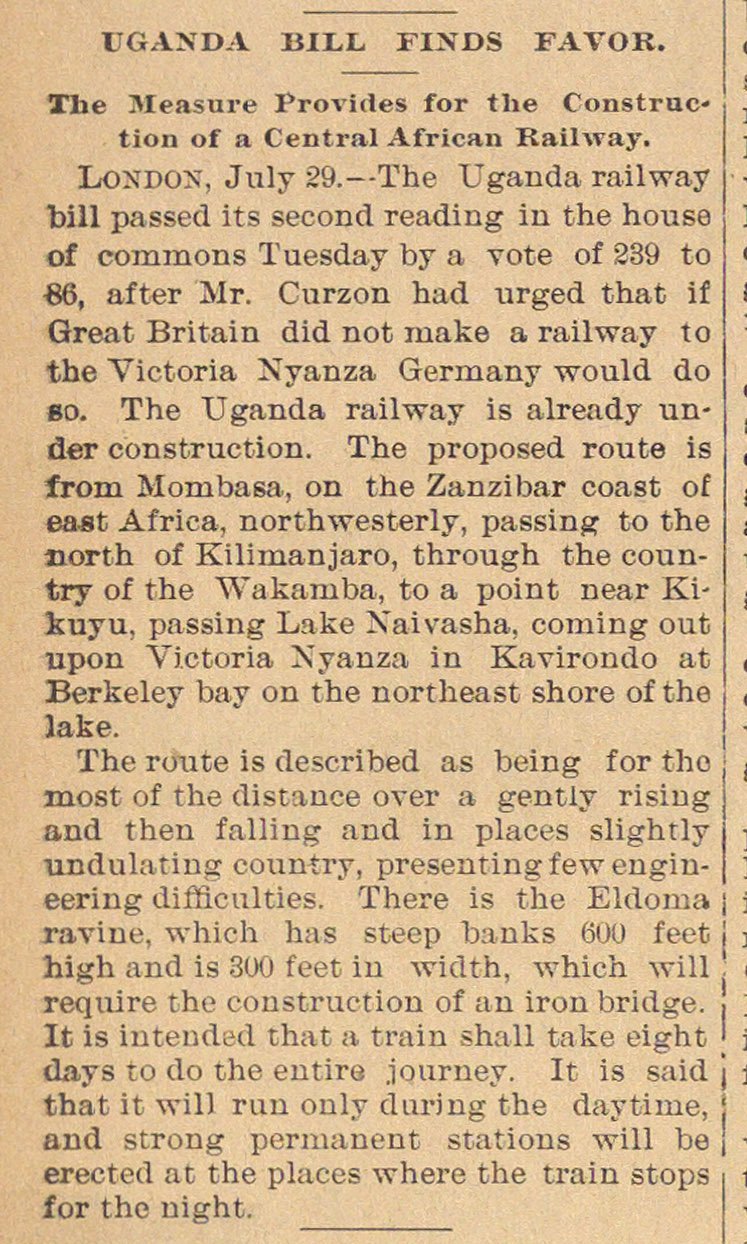 LojíDOX, July 29. - ïhe Uganda railway bilí passed its second reading iu the house of commons Tuesday by a vote of 239 to L6, after Mr. Curzon had urged that if Great Britain did not raake a railway to the Victoria Xyanza Germany would do bo. The Uganda railway is already under construction. The proposed route is from Mombasa, on the Zanzíbar coast oL east África, northwesterly, passing to the north of Kilimanjaro, through the country of the Wakamba, to a point near Kikuyu. passing Lake Xaivasha, coming out upon Victoria Jsyanza in Kavirondo at Berkeley bay on the northeast shore of the lake. The route is described as being for tho most of the distance over a gently rising and then falling and in places slightly undulating country, presenting few engineering difficulties. There is the Eldoma raviue. which has steep bauks 6U0 feet j high and is 300 feet in width, which will require the construction of an iron bridge, i It is intended that a train shall take eight ' days to do the entire JQiirney. It is said that it wil) run only daring the daytime, j and strong permanent stations will be ' erected at the places where the train stops for the night.