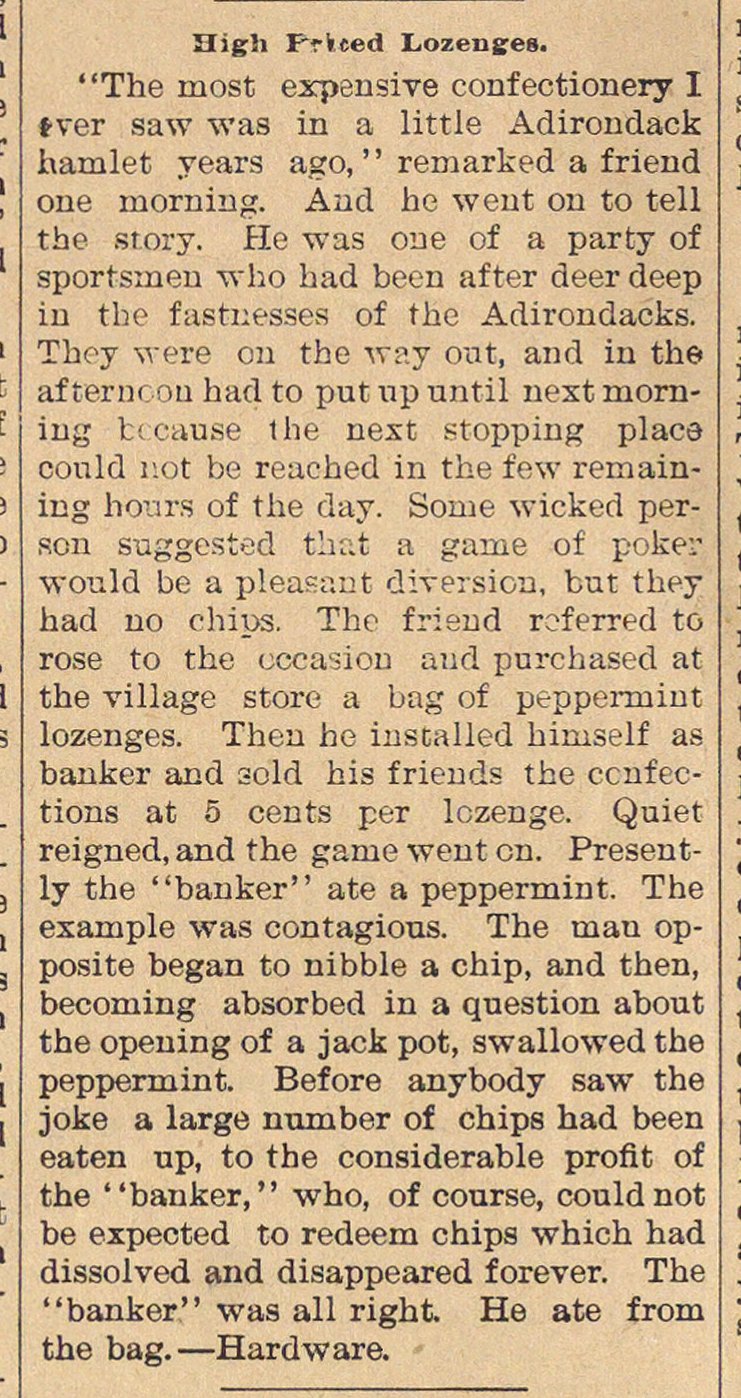 "The most expensive confectionery I tver saw was in a little Adirondack hamlet years ago, " remarked a friend one morniug. Aud hc went on to teil the story. He was one of a party of sportsmen who had been af ter deerdeep in the fastnesses of the Adirondacks. Thoy were on the way out, and in the af terne ou had to put up tmtil nextmorning bccause ihe nest stopping placa could not be reached in the few remaining hours of the day. Souie wicked person suggested thr.t a game of poker would be a pleasaut diversión, but they had no chips. The friend rcferred to rose to the cccasiou and purchased at the village store a bag of peppemiint lozenges. Then he iiiscalled himself as banker and sold his friends the ccnfections at 5 cents per Iczenge. Quiet reigned.and the game went en. Presen tly the "banker" ate a peppermint. The example was contagious. The mau opposite began to nibble a chip, and then, becoming absorbed in a question about the opening of a jack pot, swallowed the peppermint. Before anybody saw the joke a large nmnber of chips had been eaten np, to the considerable profit of the "banker," who, of course, could not be expected to redeem chips which had dissolved and disappeared forever. The "banker" was all right. He ate from the