Witnesses Who See Through Glass 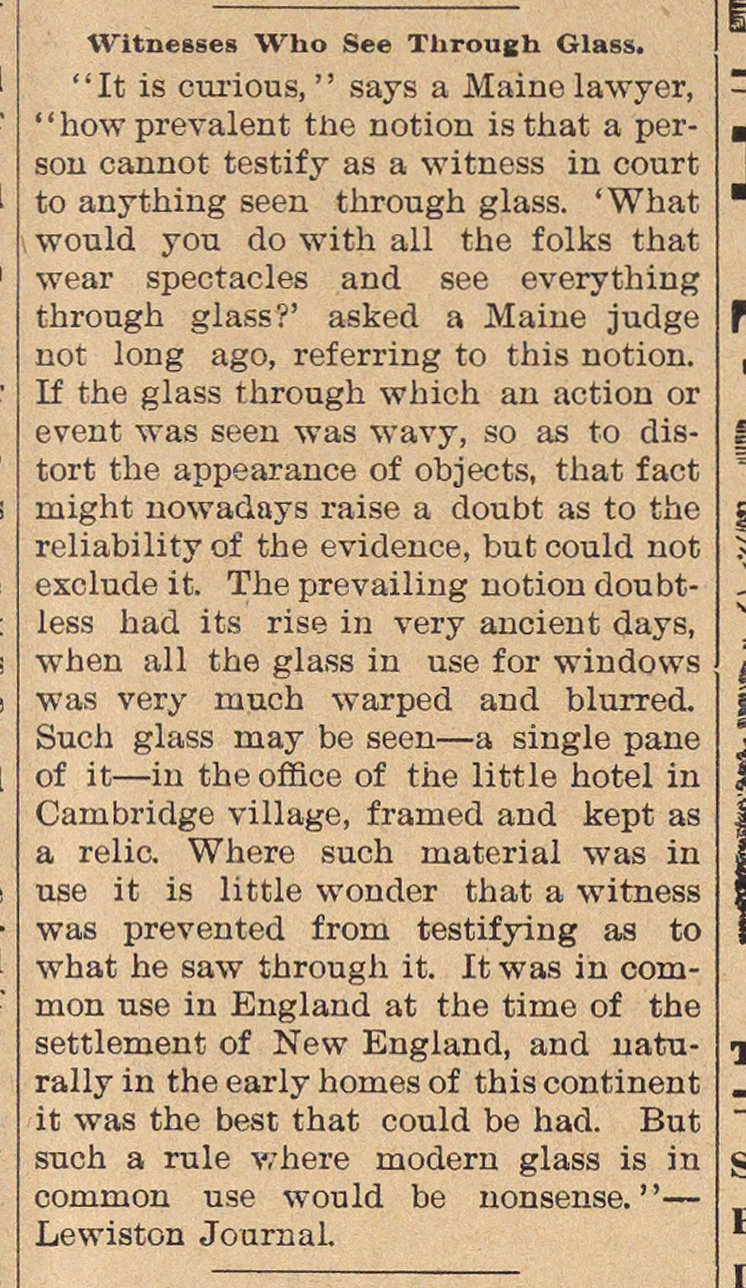 "It is curious, " says a Maine lawyer, " how prevalent the notion isthat a person cannot testify as a witness in court to anything seen through glass. 'What would you do with all the folks that wear spectacles and see everything through glass?' asked a Maine judge not long ago, referring to this notion. If the glass through which au action or event was seen was wavy, so as to distort the appearance of objects, that fact might nowadays raise a doubt as to the reliability of the evidence, but could nofc exclude it. The prevailing notion doubtless had its rise in very ancient days, when all the glass in use for windosvs was very much warped and blurred. Such glass may be seen - a single pane of it - in the office of the little hotel in Cambridge village, framed and kept as a relie. Where such material was in use it is little wonder that a witness was prevented from testifying as to what be saw through it. It was in common use in England at the time of the settlement of New England, and naturally in the early homes of this continent it was the best that could be had. But such a rule v;here modern glass is in common use would be nonsense. " -