A Reminiscence Of Cardinal Manning 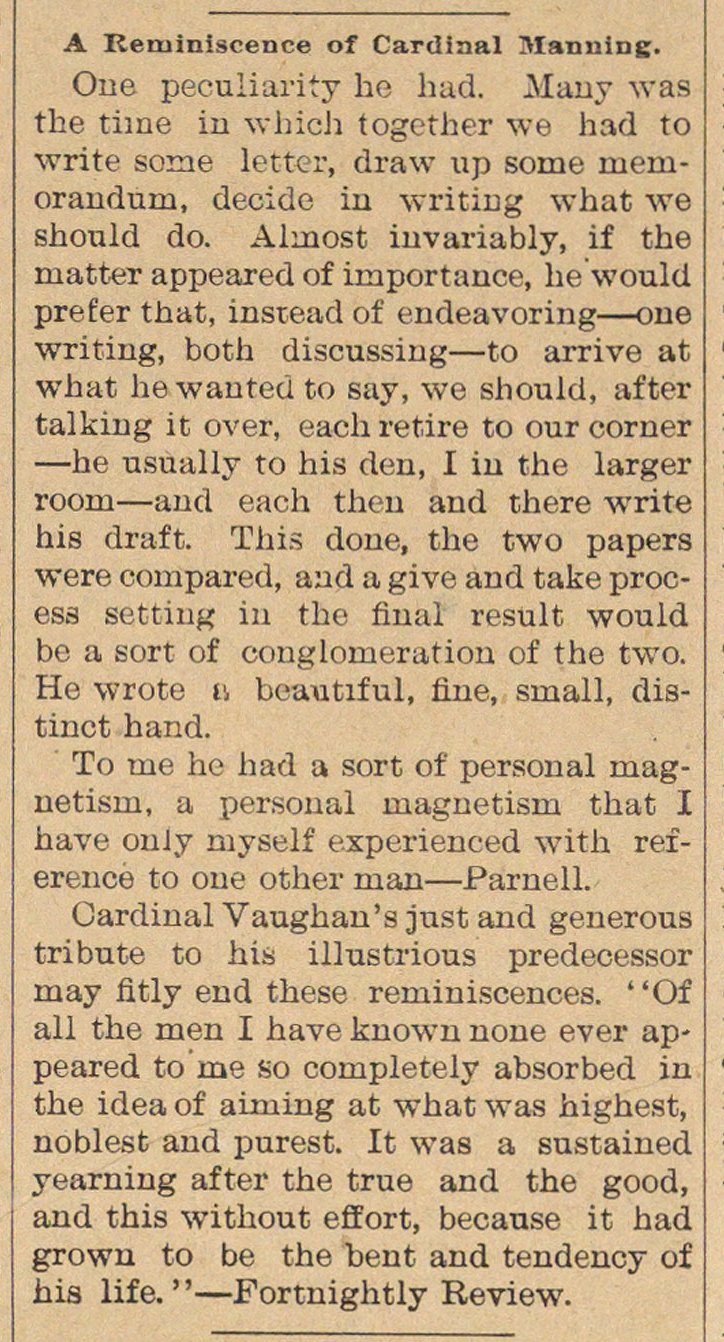 une pecuiianty he had. Many was the tiiae in which together we had to write some letter, draw up some rneniorandum, decide in writing what we should do. Alinost invariably, if the matter appeared of iinportauce, he would prefer that, instead of endeavoring - oue writing, both discussing - to arrive at what he wanted to say, we should, after talking it over, each retire to our comer - he usually to his den, I iu the larger room - and each theu and there write his draft. This done, the two papers were compared, aad a give and take procesa setting in the final result would be a sort of conglomeration of the two. He wrote n bcautiful, fine, small, distinct hand. To me he had a sort of personal magnetism, a personal magnetism that I have ouly myself experienced with reference to one other man - Parnell. Cardinal Vaughau's just and generous tribute to his illustrious predecessor may fitly end these reniiniscences. "Of all the men I have known none ever appeared tome so completely absorbed in the idea of auning at what was highest, noblest and purest. It was a sustained yearning after the true and the good, and this without effort, because it had grown to be the bent and tendency of hia Ufe."-