People Were Allowed To Look 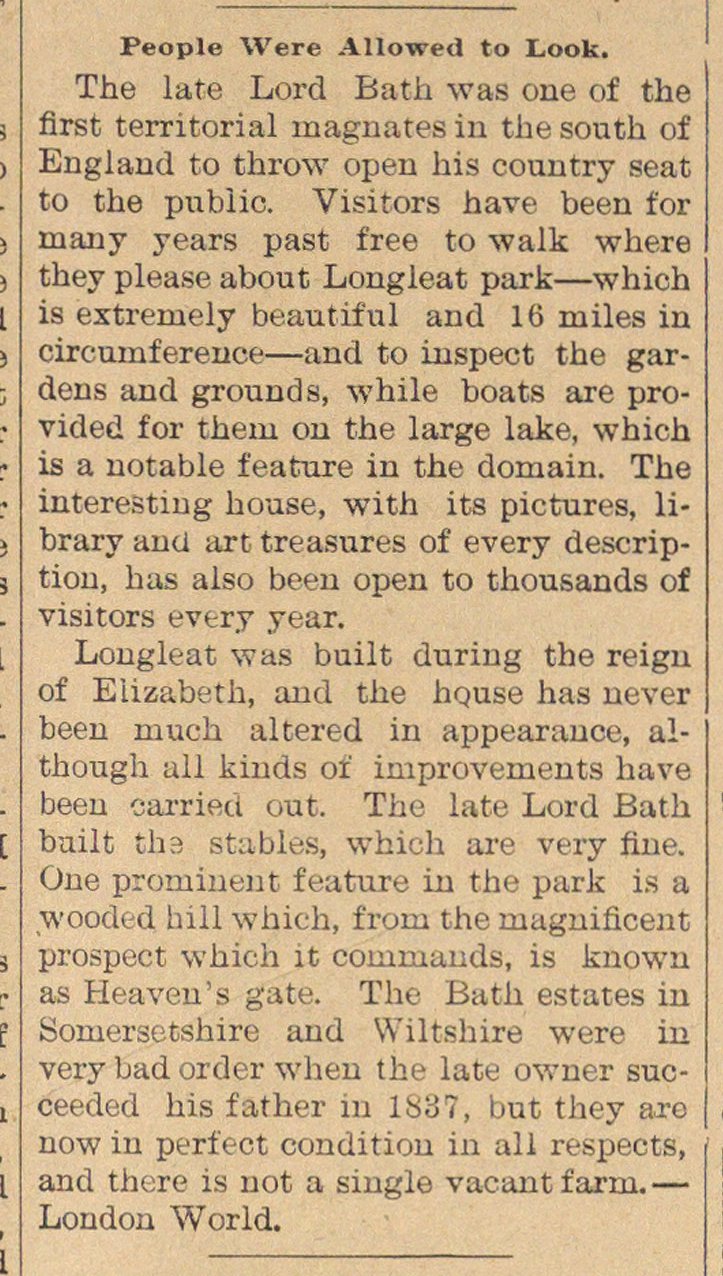 The late Lord Bath was one of the first territorial magnates in the south of England t,o throw open bis country seat to the public. Visitors have been for many years past free to walk where they please about Longleat park - which is extreruely beautiful and 16 miles in circumfereuce - and to üispect the gardens and grounds, while boats are provided for them on the large lake, which is a notable feature in the domain. The interestiug house, with its pictures, library and art treasures of every description, has also been open to thousands of visitors every year. Longleat was built during the reign of Eiizabeth, and the hquse has never been niuch altered in appearance, althüugh all kinds of improvements have been earried out. The late Lord Bath built ths stables, which are very fine. One prominent feature in the park is a wooded hill which, froru the magnificent prospect which it coniniands, is knowu as Heaveu's gate. The Bath estates in Somersetshire and Wiltshire were in very bad order when the late owner succeeded his father iu 1887, bnt they axo now in perfect conditiou in all respects, and there is not a single vacant farm. -