A Round Of Applause 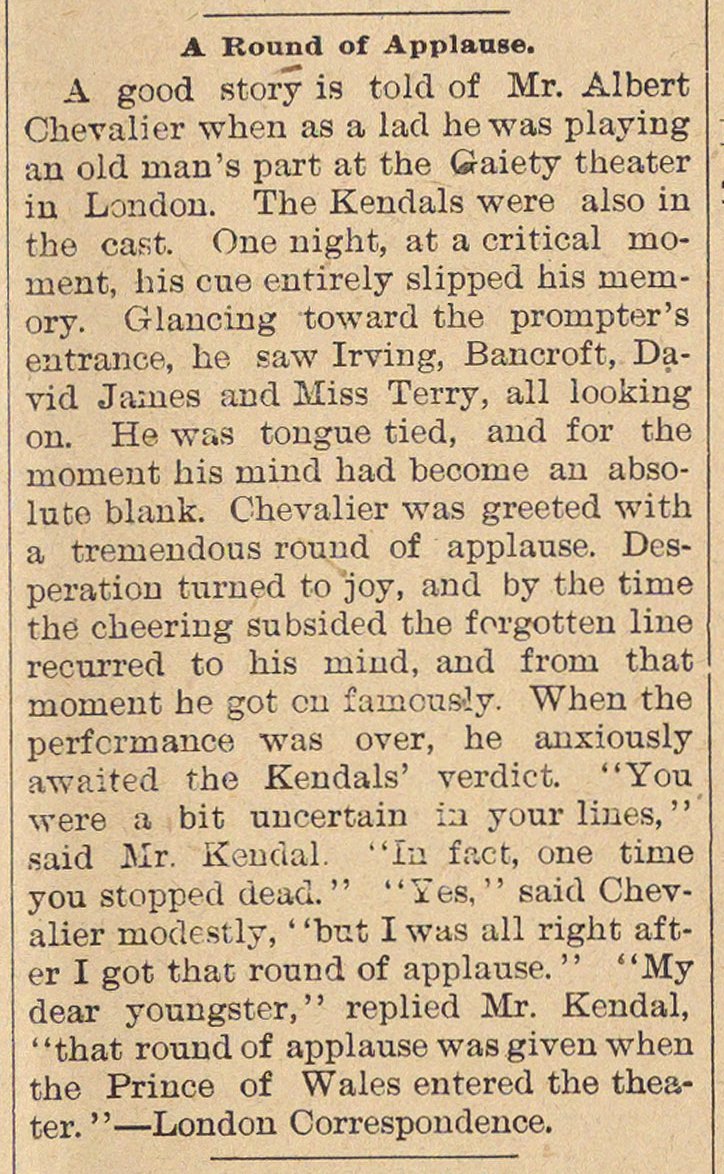 A good story is told of Mr. Albert Chevalier when as a lad hewas playing an old man 's part at the Gaiety theater in London. The Kendals were also in the cast. One iiight, at a critical moment, his cue entirely slipped nis memory. Glancing toward the prompter's eutranoe, he saw Irving, Bancroft, David James and Miss Terry, all looking on. He was tongue tied, and for the moment his mind had become an absoluto blank. Chevalier was greeted with a tremendous round of applause. Desperation turned to joy, and by the time the cheering subsided the forgotten line recurred to his mind, and from that moment he got en fainouisiy, When the perfermance was over, he anxiously awaited the Kendals' verdict. "You were a bit uncertain in yourlines, " said Mr. Kenrial. "Ia fact, one time you stopped dea-d. " "Yes, " said Chevalier modestly, ' 'but I was all right after I got that round of applause. " "My dear youngster, " replied Mr. Kcndal, ' 'that round of applause was given when the Prince of Wales entered the