Could Pay In Corncobs 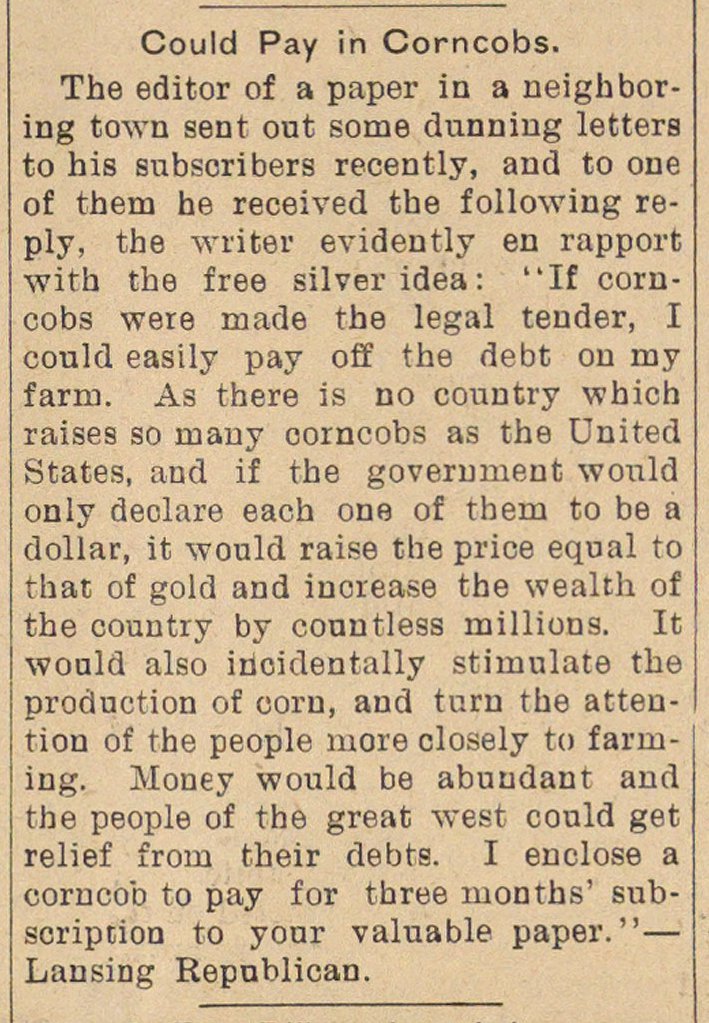 The editor of a paper in a neighboring town sent out some dunning letters to his subscribers recently, and to one of them he received tbe following reply, the writer evidently en rapport with the free silveridea: "If corncobs wete made the legal tender, I could easily pay off the debt on my farm. As there is no country which raises so many oorncobs as the United States, and if the goverument wonld oníy declare each one of them to be a dollar, it would raise the price equal to that of gold and inorease the wealth of the country by countless millions. It woald also iücidentally stiraulate the production of corn, and turn the attention of the people more closely to fariaing. Money would be abuudant and the people of the greafc west could get relief from their debts. I endose a corncob to pay for three months' subscription to your valuable paper." -