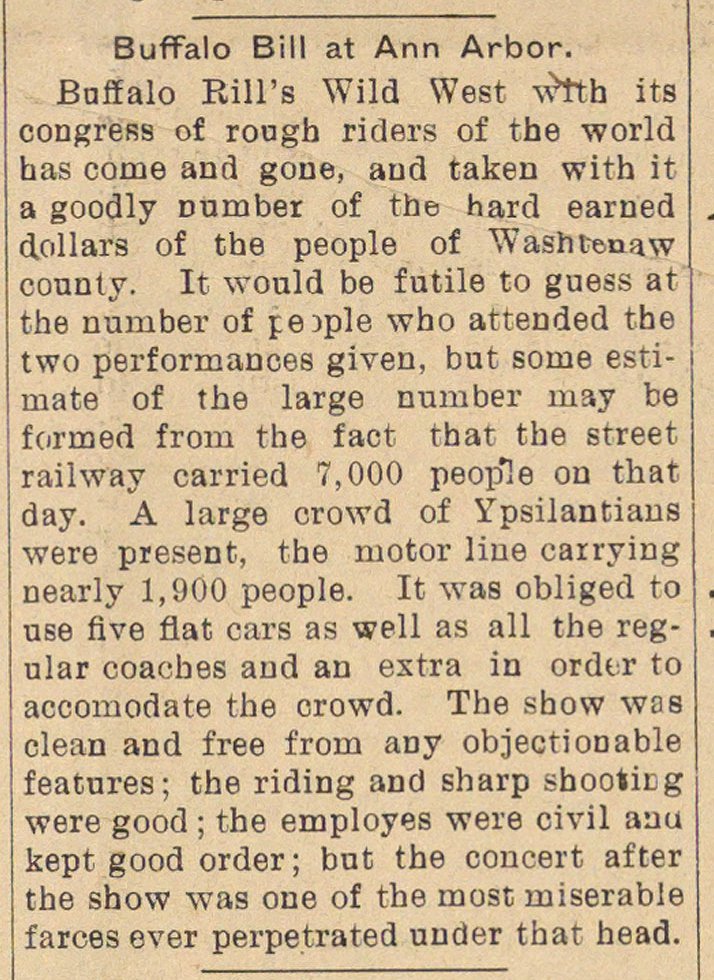 Baílalo Rill's Wild West wTth its congress of rough riders of the world has come anti gone, aud taken with it a goodly number of the hard earned dollars of the people of Washtenaw connty. It would be futile to guess at the number of pejple wbo attended the two performances given, but some estimate of the large number may be formed from the fact tbat the street railway carried 7,000 people on that day. A large crowd of Ypsilantians were present, the motor line carrying nearly 1,900 people. It was obliged to use ñve flat cars as well as all the regular coaches and an extra in ordtr to accomodate the crowd. The show was clean and free from any objectionable features; the riding and sharp sbootitg were good ; the employés were civil auu kept good order; but the concert af ter the show was one of the most miserable farces ever perpetrated under that head.