Is Still A Democrat 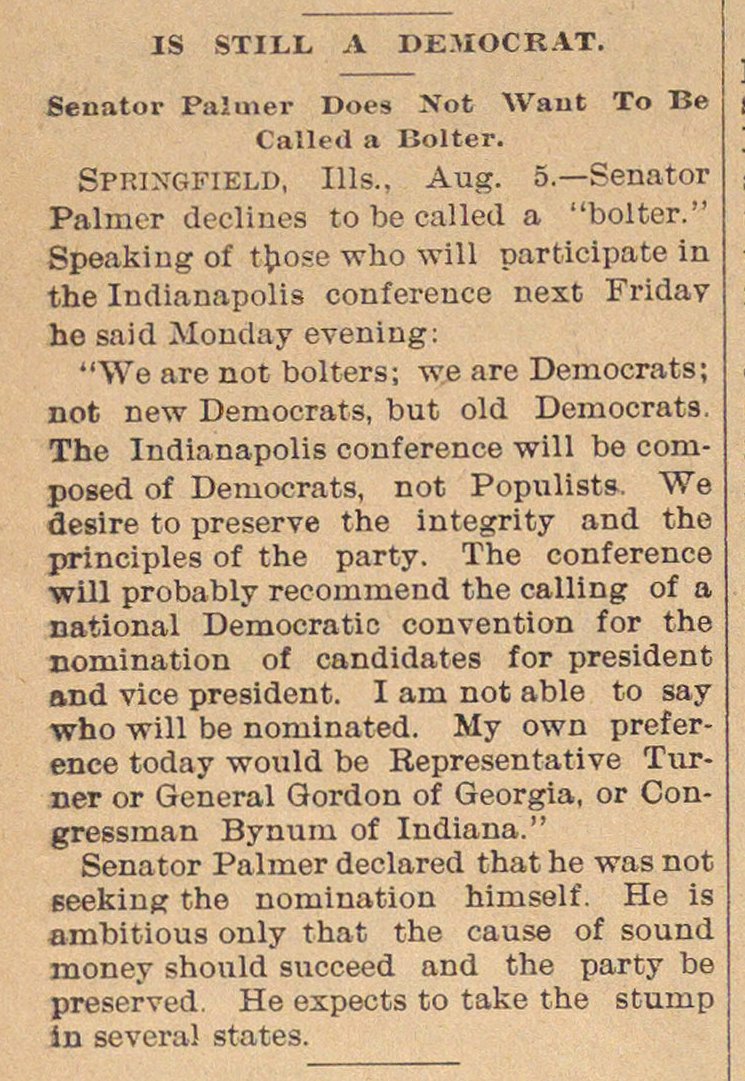 Spkiítgfield, Ills., Aug. 5. - Senator Palmer declines to be callee! a "bolter." Speaking of those who wlll particípate in the Indianapolis conference next Friday he said Monday evening: "We are not bolters; we are Democrats; nofc new Democrats, but oíd Democrats. The Indianapolis conference will be coniposed of Democrats, not Populista. We desire to preserve the integrity and the principies of the party. The conference ■will probably recommend the calling of a national Democratie convention for the nomination of candidates for president ond vice president. I am not able to say who will be nominated. My own preference today would be Representative Turner or General Qordon of Georgia, or Congressman Bynum of Indiana." Senator Palmer declared that he was not seeking the nomination hiniself. He is ambitious only that the cause of sound money should succeed and the party be preserved. He expects to take the stump ín severa! states.