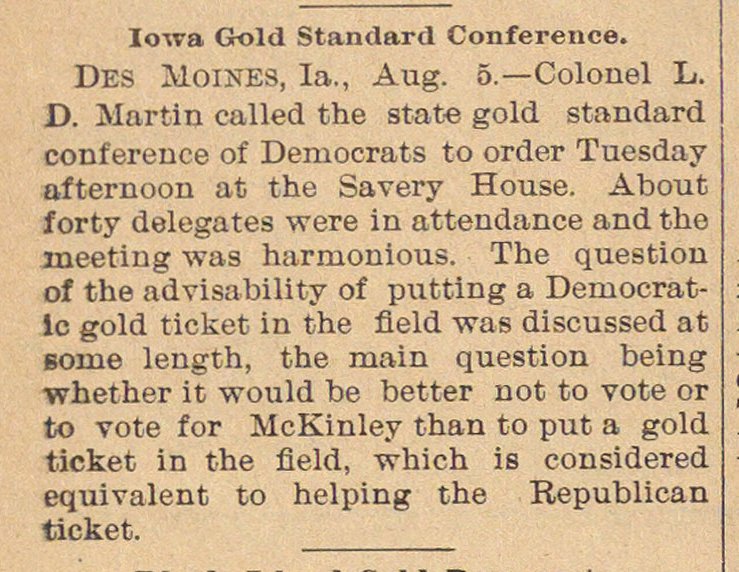 DES Moines, la., Aug. 5.- Colonel L. D. Martin called the state gold standard conference of Dernocrats to order Tuesday afternoon at the Savery House. About forty delegates were in attendance and the meeting was harmonious. The question of the advisnbility of putting a Democratie gold ticket in the field was discussed at gome length, the main question being whether it would be better not to vote or to vote for McKinley than to put a gold ticket in the field, which is considered equivalent to helping the Republican ticket.