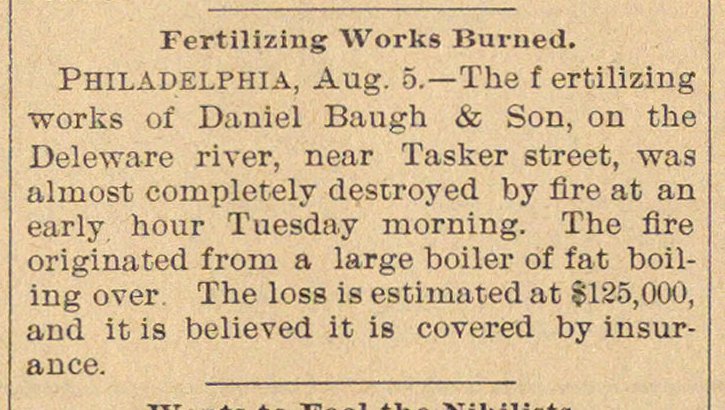 Philadelphia, Aug. 5.- The f ertilizing works of Daniel Baugh & Son, on the Deleware river, near Tasker street, was almost cornpletely destroyed by fire at an early hour Tuesday morning. The fire originated frora a large "boiler of fat boiling over. The loss is estimtited at 8125,000, and it is believed it is covered by insurance.