May Be Lynched When Caught 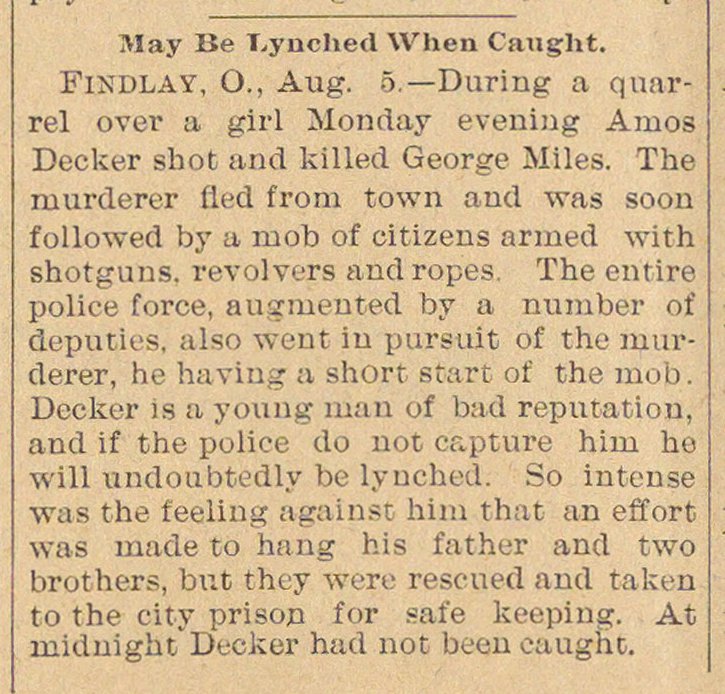 Findlay, O., Aug. 5.- During a quarrel over a girl Monday evening Amos Decker shot and killed George Miles. The niurderer (led from tovvn and was soon followed by a mob of citizens armed with shotguns, revolvers andropes. The entire pólice forcé, augmented by a number of deputies, also went in pursuit of the murderer, he having a short, start of the mob. Decker is a young man of bad reputatiou, and if the pólice do not capture him he will undoubtedly be lynched. So intense was the feeling agalnst him that an effort was made to hang his father and two brothers, bnt they wen: rescued and taken to the city prison for safe keeping. At midnight Decker had not boon caughc.