Panic On A Vessel 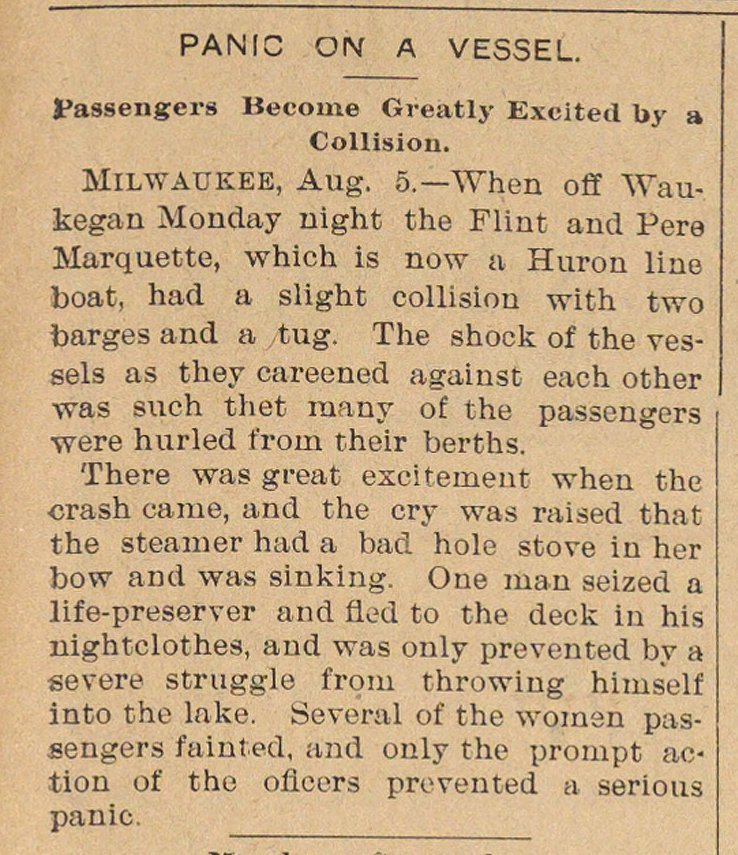 Milwaukee, Aug. 5.- when off Waukegan Monday night the Flint and Pere Marquette, which is now a Hurón lino boat, had a slight collision with two barges and a tug. The shock of the vessels as they careened against each other vras such thet many oL the passengers were hurled t'rom their berths. There was great excitement when the crash came, and the cry was raised that the steamer had a bad hole stove in her bow and was sinking. One man seized a life-preserver and fled to the deck in his nightclothes, aud was only prevented by a severe struggle from throwing hims'elf into the lnke. tíeveral of the women passengers fainted, and only the prompt action of the oflecrs provented a serious panic.