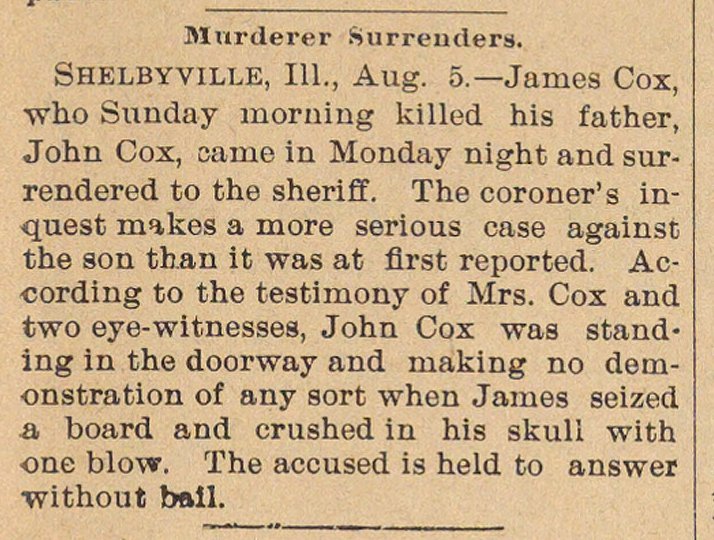 Shelbyville, 111., Aug. 5.- Jaines Cox, who Sunday moniiug killed his father, John Cox, eame in Monday night and surrendered to the sheriff. The coroner's inquest makes a more serious case against the son th.an it was at flrst reported. According to the testimony of Mrs. Cox and two eye-witnesses, John Cox was standing in the doorway and making no deinonstration of any sort when James seized a board and crushed in his skull with one blow. The accused is held to answer without ball.