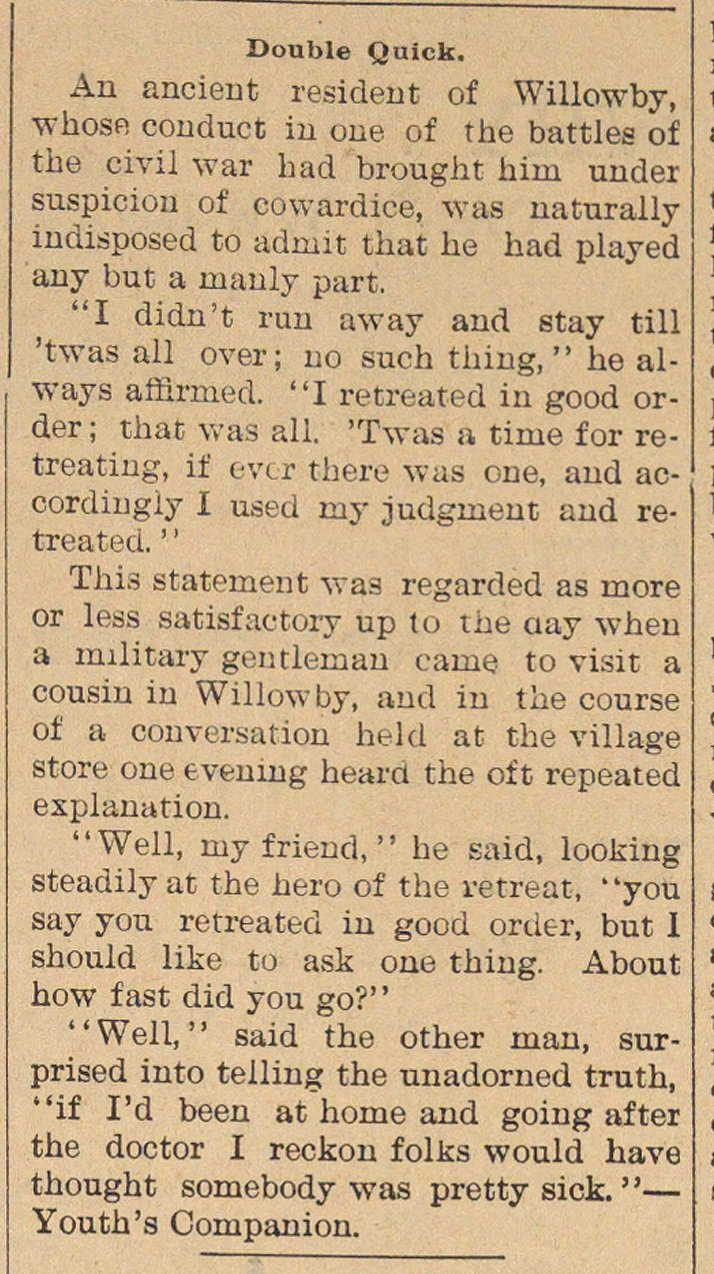 An ancient resident of Willowby, whosfi couduct in oue of the battlea of the civil war had brought hiin under suspicion of cowardice, was naturally indisposed to adrnit that he had played any but a ruanly part. "I didn't run away and stay till 'twas all over; uo such thing, " he always affirmed. "I retreated in good order; that was all. 'ïwas a time for retreatiug, if ever there was one, aud acoordiugly I used rny judgment and retreated. ' ' This statement was regarded as more or less satisfactory up to the aay wheu a military gentleman carne to visit a cousin in Willowby, and in the course of a conversation held at the village store one evemng heard the of t repeated explanation. "Well, my friend, " he said, looking steadily at the hero of the ï-etreat, "you say you retreated in good order, but 1 should like to ask oue thing. About how f ast did you go?" "Well," said the other man, surprised into telliug the unadorned truth, "if I'd been at home and going after the doctor I reckon folks would have thought somebody was pretty sick. " -