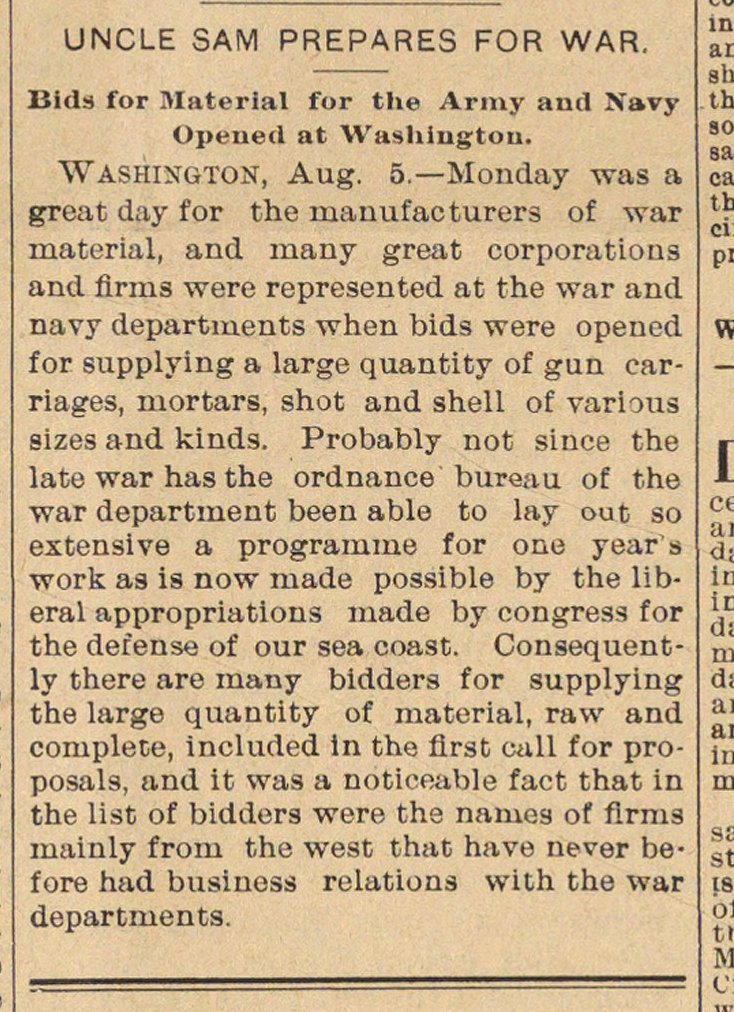 Washington, Aug. 5.- Monday was a great day for the manufacturera of war material, and many great corporatious and firms were represented at the war and navy departments when bids were opened for supplying a large quantity of gun carriages, mortars, shot and shell of various sizes and kinds. Probably not since the lato war has the ordnance bureau of the war department been able to lay out so extensivo a programme for one years work aa is now made possible by the liberal appropriations made by congres-i for the defense of our sea coast. Consequently there are many bidders for supplying the large quantity of material, raw and complete, included in the first culi for proposals, and it was a notieeable fact that in the list of bidders were the namos of firms mainly from the west that have never before had business relations with the war departments.