Leaped From The Bridge 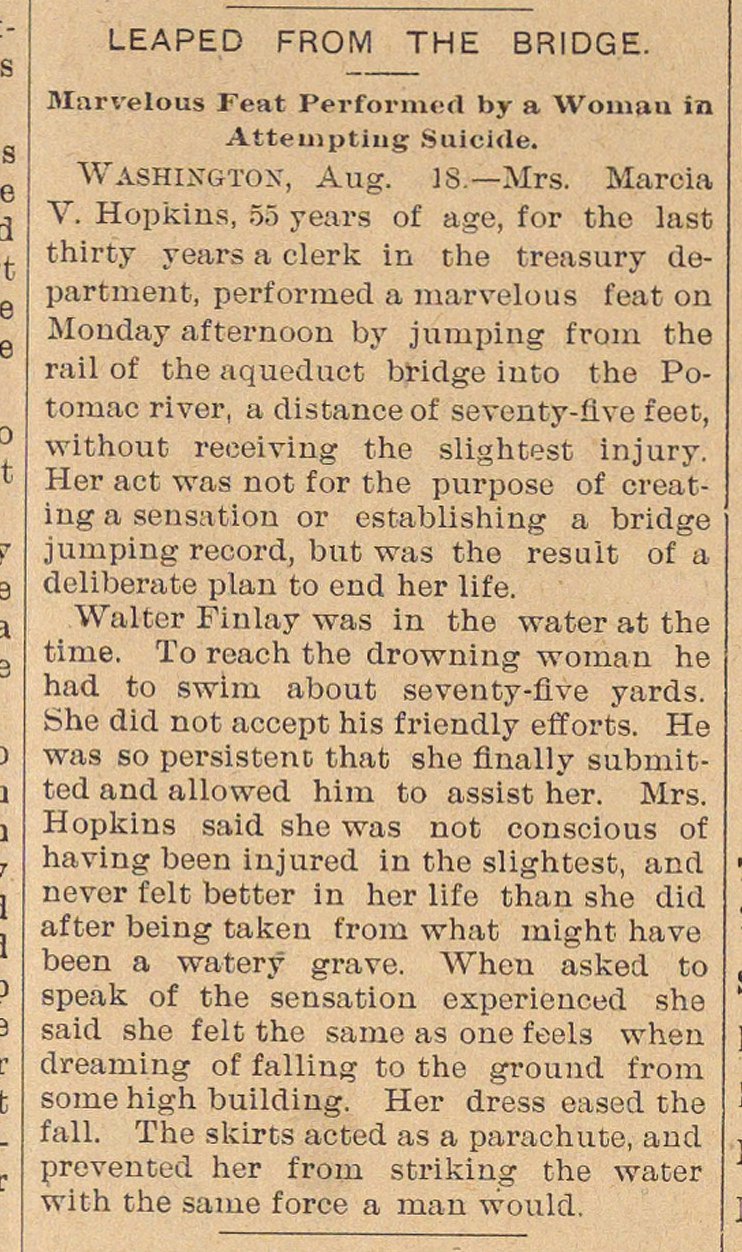 WASHINGTON, Aug. ÍS.- Mrs. Marcia V. Hopkins, 55 years of age, for the last thirty years a clerk in the treasury department, performed a marvelous feat on Monday afternoon by jumping from the rail of the aqueduct bridge into the Potomac river, a distance of seventy-íive feet, without reeeiving t.he slightest injury. Her act was not for the purpose of creating a sensation or establishing a bridge jumping record, but was the resuit of a delibérate plan to end her life. Walter Finlay was in the water at the time. To reach the drowning woman he had to swim about seventy-five yards. She did not accept his friendly efforts. He was so persistent that she flnally submitted and allowed him to assist her. Mrs. Hopkins said she was not conscious of having been injured in the slightest, and never feit better in her life than she did after being taken from what might have been a watery grave. When asked to speak of the sensatiou experienced she said she feit the same as one feels when dreaming of falling to the ground from some high building. Her dress eased the fall. The skirts acted as a parachute, and prevented her from striking the water with the same forcé a man would.