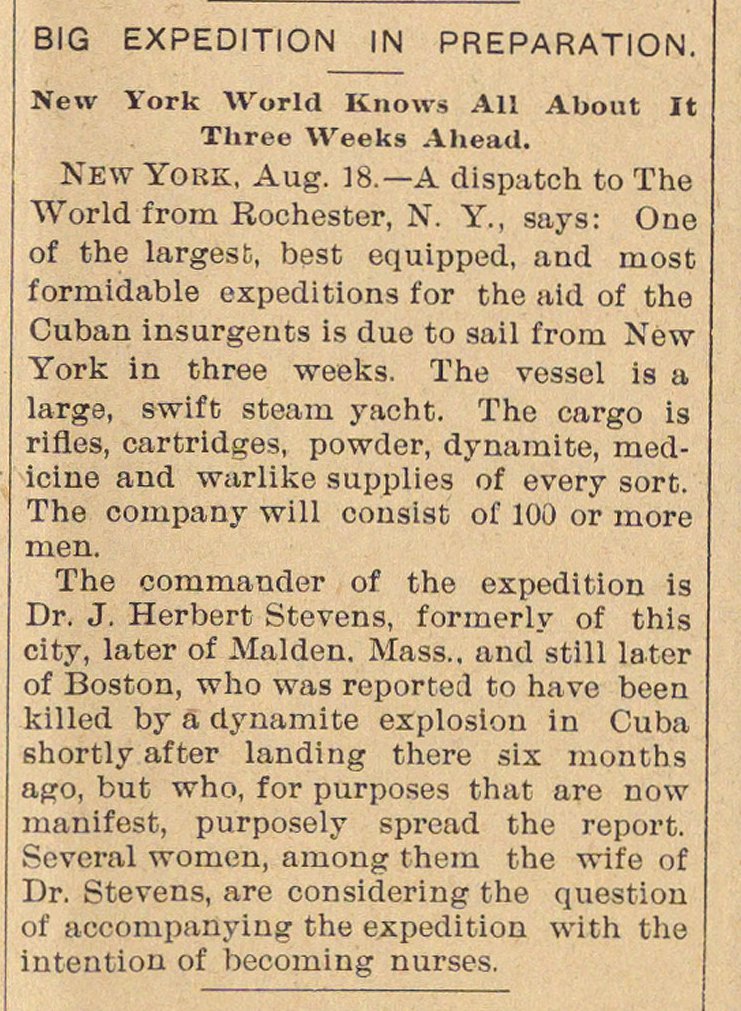 New Yokk, Aug. 18.- A dispatch to The World from Roohester, N. Y., says: One of the largest, best equipped, and most formidable expeditions for the ald of the Cuban insurgeuts is due to sail from New York in three weeks. The vessel is a large, swift steam yacht. The cargo is rifles, cartridges, powder, dynamite, medicine and warlike supplies of every sort. The company will consist of 100 or more men. The commander of the expedition is Dr. J. Herbert Stevens, formerly of this city, later of Malden. Mass.. and still later of Boston, who was reporteil to have been killed by a dynamite explosión in Cuba shortly after landing there six months ago, but who, for purposes that are now manifest, purposely spread the report. Soveral women, among them the wife of Dr. Stevens, are considering the question of accompanying the expedition with the intention of beooming nurses.