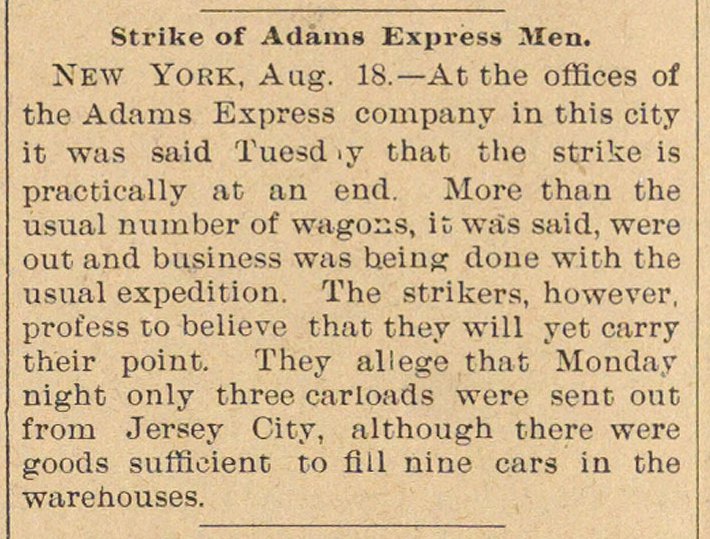 Xew York, Aug. 18.- At the offices of the Adama Express company in this city it was said Tuesdy that the strike is practically at an end. More than the usual number of wagons, it wás said, were out and business was heing done with the usual expedition. The strikers, however, profese to believe that they will vet carry their point. They allege that Monday night only three carloads were sent out frorn Jersey City, although there were goods sufficient to flll nine cars in the warehouses.