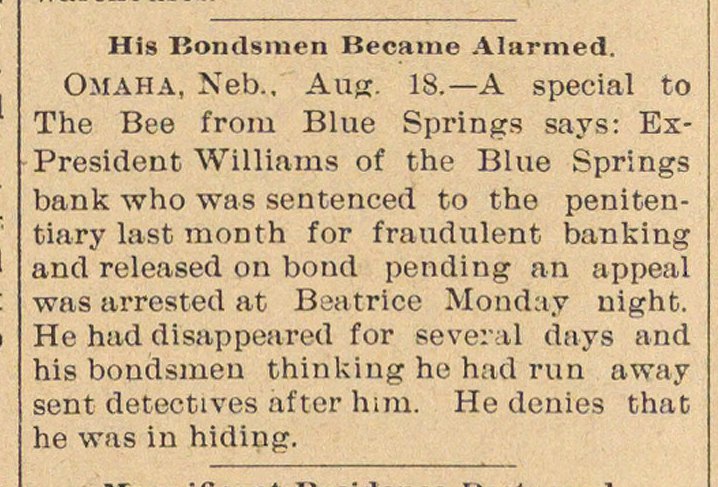 Omaha, Neb.. Aug. 18.- A special to The Bee from Blue Springs says: ExPresident Williams of the Blue Springs bank who was sentenced to the penitentiary last month for fraudulent banking anti released on bond pending an appeal was arrested at Beatrloe Monday night. He had disappeared for several days and his boudsmen thinking he had run away sent detectives after him. He donies that he was in hiding.