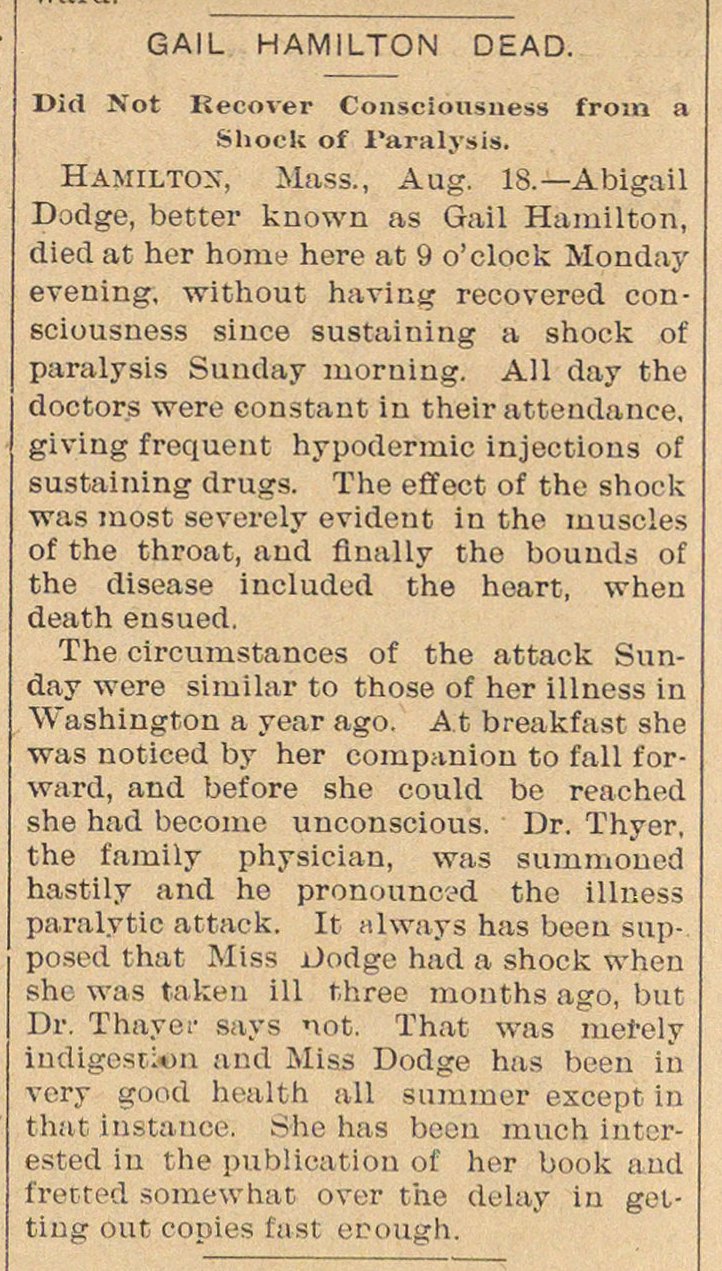 Hamiltox, Mass., Aug. 18.- Abigail Dodge, better known as Gail Hamilton, died at her home here at 9 o'clock Monday evening, without havicg recovered consciousness since sustaining a, shock of paralysis Sunday morning. All day the doctors were constant in theirattendance, giving frequent hj-podermic injections of sustaining drugs. The effect of the shock was most severely evident in the muscles of the throat, and flnally the bouuds of the disease included the hoart, when death ensued. The circumstances of the attack Sunday were similar to those of her illness in Washington a year ago. At breakfast she was noticed by her comp.anion to fall forward, and before she could be reached she had become unconscious. Dr. Thyer. the family physician, was summoned hastily and he pronounefd the illness paralytic attack. It nlways has been supposed that Miss iJodge had a shock when she was taken ill fchree months ago, but Dr. says not. That was merely Indigestión and Miss Dodge has been ín very (jood health all summer except in that instanoe. She has been mueh intcrested in the publication of her book and fretted somewhat over the delay in gelttng out copies fast ecough.