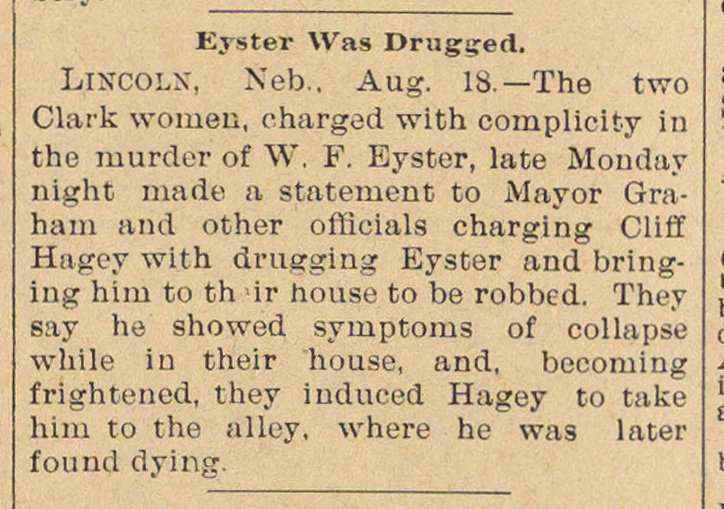 LINCOLN, Xeb.. Aug. IS.- The two Clark w-omen, charged with complieity in the murdor of W. F. Eyster, late Monday night made a statement to Mayor Graham and other officials charging Cliff Hngey with drugging Eyster and bringing him to th -ir house to be robbed. They say he showed symptoms of collapse whlle in their house, and, becoming frightened, they iuduced Hagey to take him to the alley, where he was later found dying.