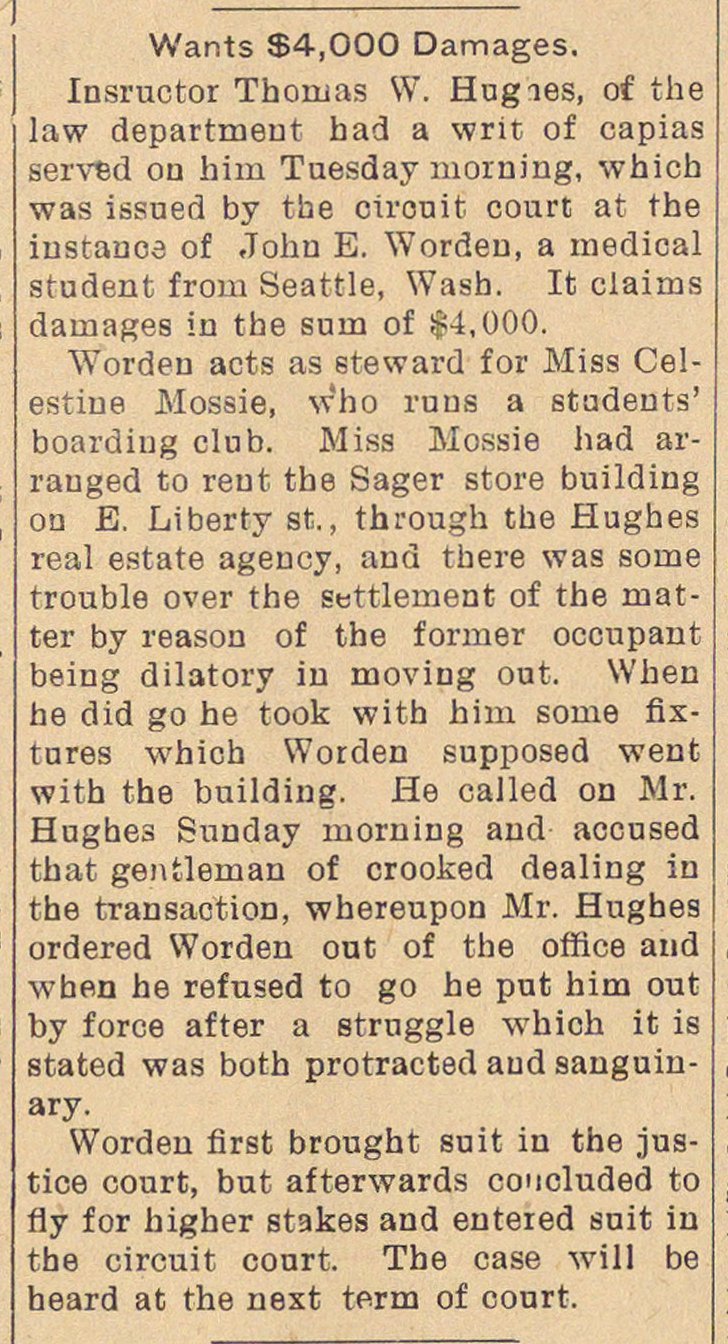 Insruotor Thomas V. Hugies, of the law department had a wrít of capias served on him Tuesday morning, whicb ■was issned by the cirouit court at the iustauce of John E. Worden, a medical student from Seattle, Wash. It claims dainages in the sum of L4,000. Worden acts as etevvard for Miss Celestina Mosaie, w'ho runs a students' boardiug club. Miss Mossie had arrauged to reut the Sager store building on E. Liberty st. , through the Hughes real estáte agency, ana there was some trouble over the sttlernent of the matter by reason of the former occupaut being dilatory iu moviug out. When he did go he took with him some fixtnres which Worden supposed went with the building. He cailed on Mr. Hughes Sunday morning and accused that gentleman of crooked dealing in the transaotion, whereupon Mr. Hughes ordered Worden out of the office and wban he refused to go he put him out by forcé after a strnggle which it is stated was both protracted aud sanguinary. Worden first brought suit in the justice court, but afterwards coucluded to fly for higher stakes and entered snit iu the circuit court. The case will be heard at the next term of court.