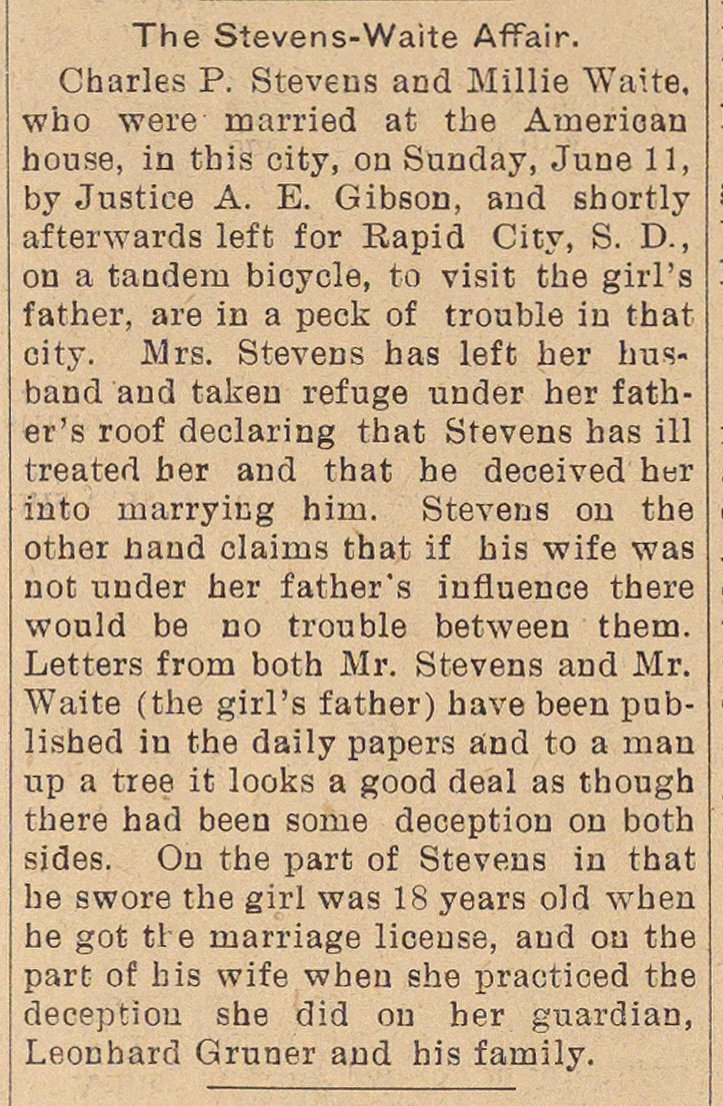 Charles P. Stevens and Millie Waite, who were married at the Amerioan house, in this city, on Sunday, June 11, by Justice A. E. Gibson, and shortly afterwards left for Eapid City, S. D. , on a tandera bioyole, to visit the girl's father, are in a peck of trouble in that city. Mrs. Stevens has left her husband 'and taken refuge under her father's roof declaring that Stevens has ill treated her and that he deoeived her into marryicg him. Stevens on the other haud claims that if bis vcife was not under her father's influence there would be no trouble between them. Letters from both Mr. Stevens and Mr. Waite (the girl's father) have been published in the daily papers aind to a man up a tree it looks a good deal as though there had been some deception on both sides. On the part of Stevens in that he swore the girl was 18 years old when he got tl e rnarriage liceuse, and on the part of his wife when she practiced the deceptiou she did on her guardián, Leonhard Gruner and his farnily.