Board Of Public Works 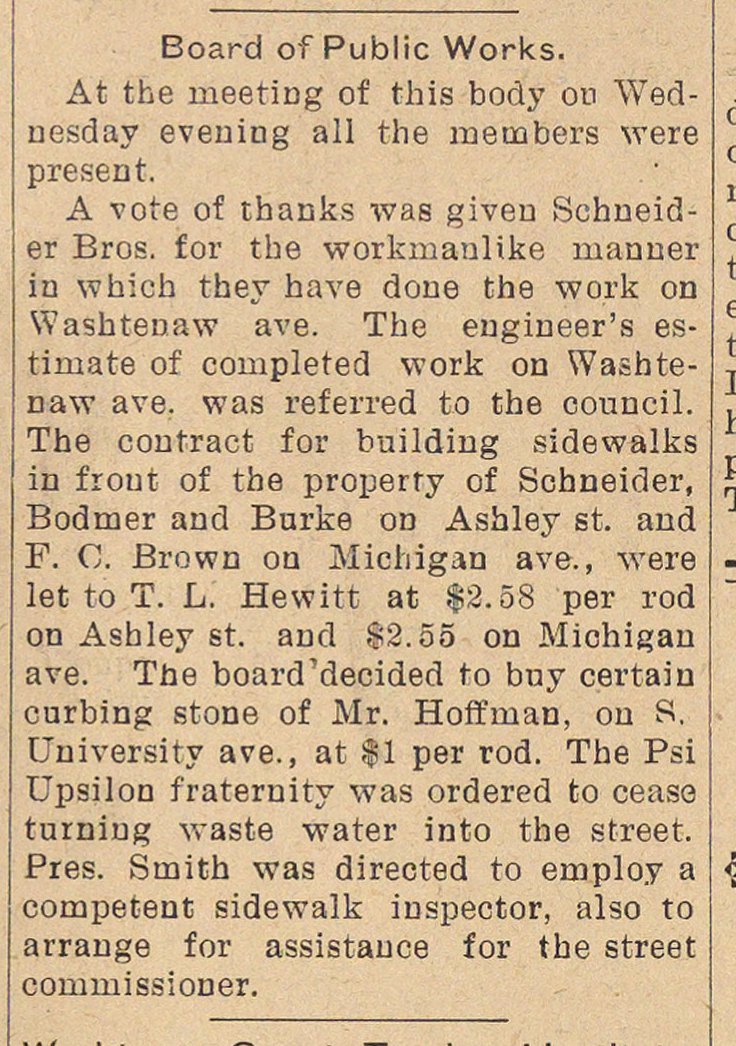 At the meetiDg of this body on Weduesday evening all the members were present. A vote of thanks was giveu Sehneider Bros. for the workmanlike manner iu which they have done the work on Washtenaw ave. The engineer's estímate of completed work on Washtenaw ave. was referred to the oouncil. The contract for building sidewalks in frout of the properry of Schneider, Bodmer and Burke on Ashley st. and F. C. Brown on Michigan ave., were let to T. L. Hewitt at $2.58 per rod on Ashley st. and S2.55 on Michigan ave. The board'decided to bny certaiu curbing stone of Mr. Hoffrnan, on S. University ave., at $1 per rod. The Psi Upsilon f'raternity was ordered to cease turning waste water into the Street. Pres. Stnith was directed to employ a competent sidewalk inspector, also to arrange for assistauce for the street commissioner.