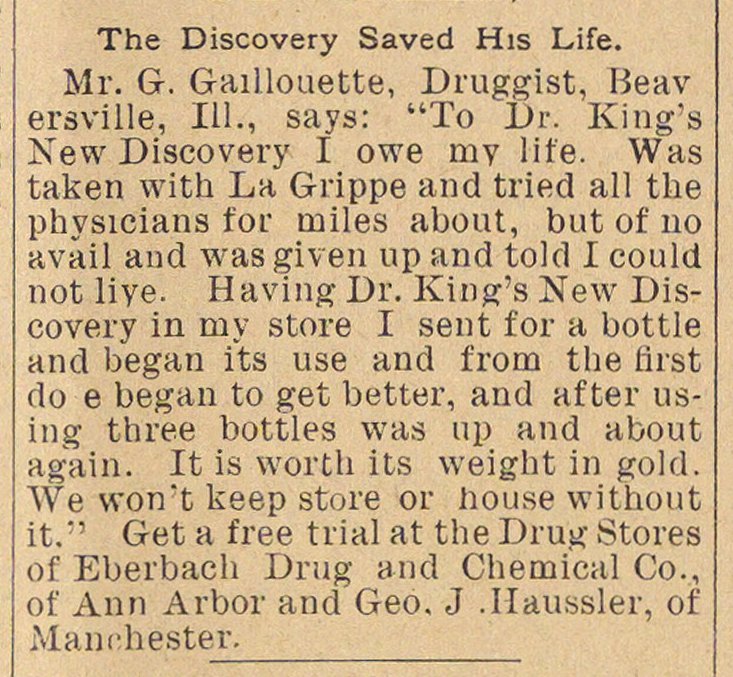 The Discovery Saved His Life. Mr. G. Gaillouette, Druggist, Beav ersville, 111., says: "To Dr. King's New Discovery I owe my lite. Was taken witb La Grippe and tried all the physioians for miles about, but of uo aváil and was given up and told I could not liye. Having Dr. King's New Discovery in my store I sent for a bottle and began its use and from the first do e began to get better, and after using three bottles vyas up and about again. It is worth its weight in gold. We won"t keep store or house without it.:' Get a free trial at the Drug Stores of Eberbach Drug and Chemical Co., of Ann Arbor and Geo. J .Haussler, of Man i'h ester.