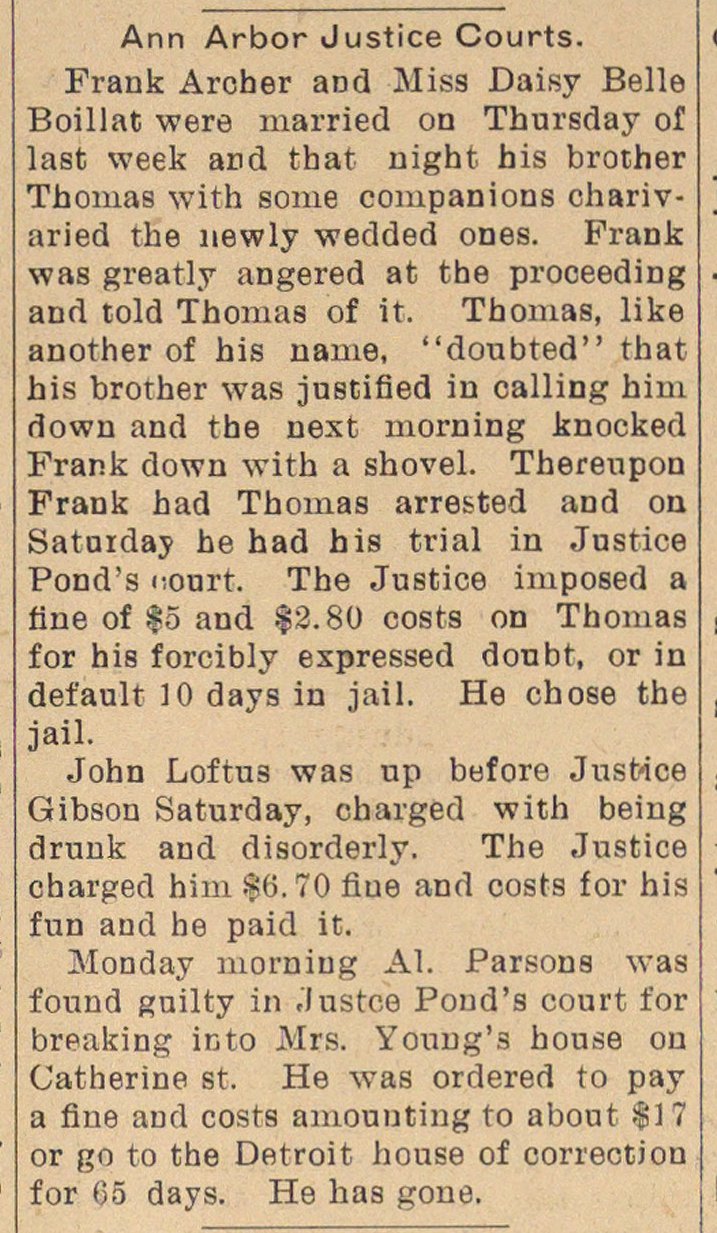 Frank Archer aDd Miss Daisy Belle Boillat were married on Thursday oï last week and that night, his brother Thomas with some companions charivaried the newly wedded ones. Frank was greatly angered at the proceeding and told Thomas of it. Thomas, like another of his name, "doubted" that his brother was jnstified in calling him down and the next morning knocked Frank down with a shovel. Therenpon Frank had Thomas arrested and on Satuiday he had his trial in Jnstice Pond's iionrt. The Justice imposed a ñne of 5 and $2.80 costs on Thomas for his forcibly expressed doubt, or in default 10 days in jail. He ohose the jail. John Loftu3 was up bufore JusMce Gibson Saturday, charged with being drunk and disorderly. The Justice charged him $6.70 fine and costs for his fun and he paid it. Monday morniug Al. Pareons was found guilty in .'Instce Pond's court for breaking into Mrs. Youug's house on Catherine st. He was ordered to pay a fine aud costs amounting to abont $1 7 or go to the Detroit house of correct) on for 65 days. He has gone.