It's Hard To Get Into The Army 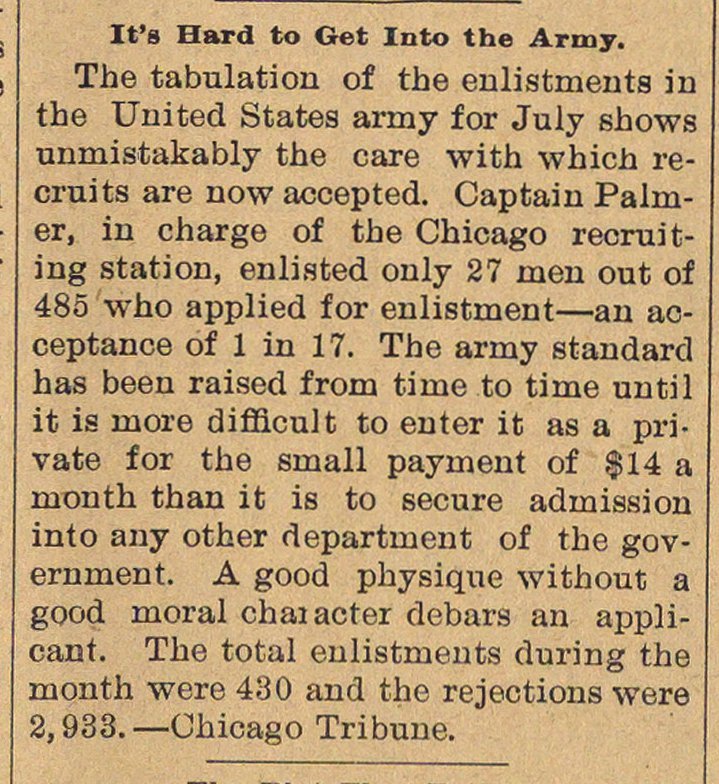 The tabulation of the enlistments in the United States arrny for July shows unmistakably the care with which recruits are now accepted. Captain Palmer, in charge of tbe Chicago recruiting station, enlisted only 27 men out of 485 who applied for enlisttnent - au acceptance of 1 in 17. The army standard has been raised from time to time until it is more diflicult to enter it as a private for the small payment of $14 a nionth than it is to secure adniission into any other department of the government. A good physique without a jood moral cha:acter debars an applicant. The total eulistments during the ruonth were 430 and the reiections were